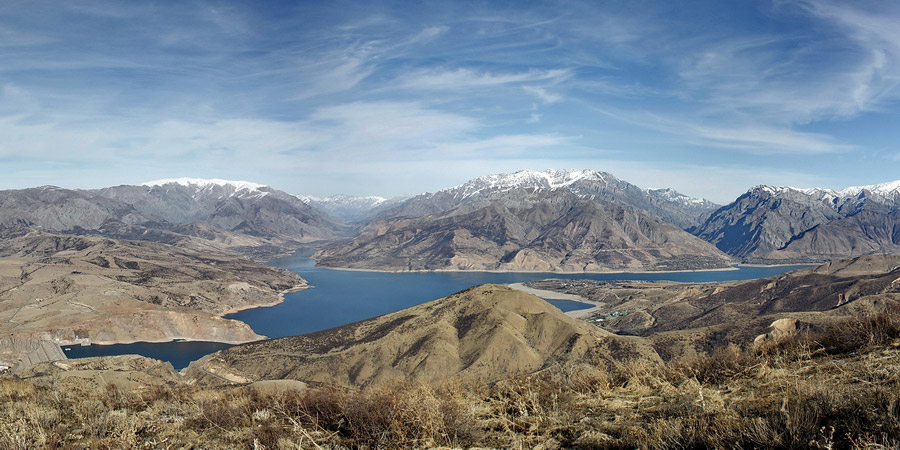 Charvak Lake is one of Tashkent region’s top attractions. Formed along the Chirchik River in the Chatkal Mountains of the Western Tian Shan Range, this reservoir is just a 90-minute drive (80km) from the capital. Situated in a mountain oasis of hiking trails, waterfalls, caves, ravines and walnut groves, its crystal-clear waters are made all the more accessible by the numerous hotels, recreational areas and campgrounds scattered along its sandy banks. 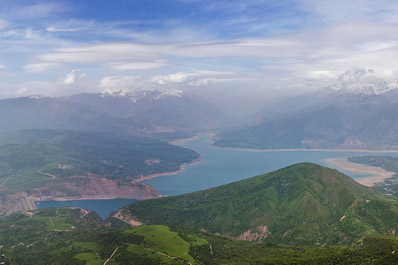 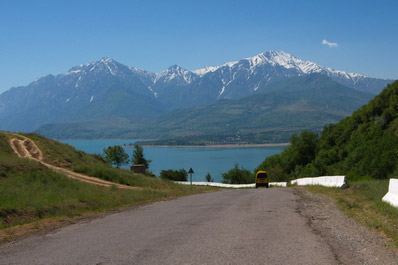 Charvak Lake, in reality a manmade reservoir, is much younger than the age-old mountains that surround it. In 1964, the Soviets began construction of a hydroelectric dam that was completed in 1970, with Charvak the largest of several reservoirs created at this time. During the construction process Charvak village sprang up, an island of Russian language and culture in the mountains of Uzbekistan.

Today, the entire area has been turned into a year-round holiday village. Considering the reservoir’s rich blue tones, the fresh mountain air and the cool Charvak Lake temperatures that are perfect for cooling off in the summer heat, it’s no surprise that the reservoir has become a favorite vacation spot of citizens and tourists alike. 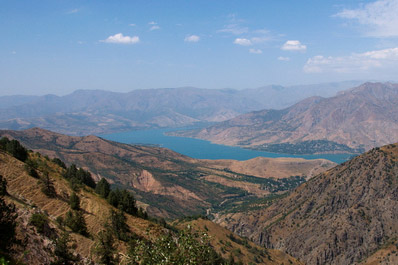 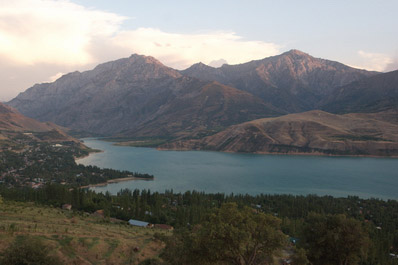 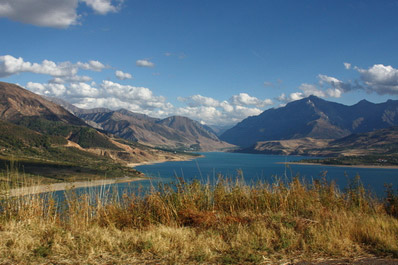 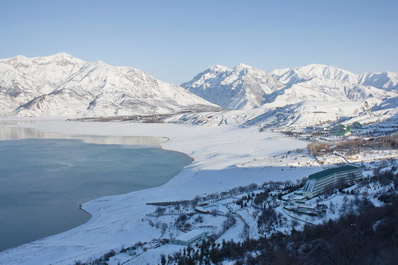 Come breathe in the fresh mountain air of Charvak, bask in its refreshing coolness and glorious views, and see with your own eyes all the charms of the picturesque mountains in Uzbekistan.

Visit our Charvak Lake Tours Page for more information on OrexCA’s private and group tours to the region.