Naqshbandi (Naqshbandiyya) is one of the major Sufi orders (tariqa) of Islam. Formed in 1380, the order is considered by some to be a "sober" order known for its silent dhikr (remembrance of God) rather than the vocalized forms of dhikr common in other orders. The Naqshbandi order is also notable as it is the only Sufi order to trace its spiritual lineage (silsilah) to Muhammad (SAW) through Abu Bakr (RA), the first caliph. In contrast, most other turuq trace their lineage through Ali ibn Abu Talib, Muhammad's son-in-law and fourth caliph. The word Naqshbandi is Persian, taken from the name of the founder of the order, Baha-ud-Din Naqshband Bukhari. Some have said that the translation means "related to the image-maker," some also consider it to mean "Pattern Maker" rather than "image maker," and interpret "Naqshbandi" to mean "Reformer of Patterns", and others consider it to mean "Way of the Chain" or "Golden Chain." Naqshbandia Owaisiah is a major branch of Naqshbandi which employs a similar method of dhikr but acquires the Prophetic blessings in the manner of Uwais_Al-Qarni, who received this beneficence from Muhammad without a formal physical meeting. The dhikr employed by the Naqshbandia Owaisiah is 'Zikr-e Khafi Qalbi' (remembrance of Allah's Name within the heart) and the method is termed 'Pas Anfas', which (in Persian) means guarding every breath. The Chain of Transmission of these Barakah, of course, emanates from Muhammad. Normally, it is necessary in all Sufi Orders that the Shaikh and the seekers must be contemporaries and must physically meet each other for the transfer of these blessings. However, the Naqshbandiah Owaisiah Order goes beyond this requirement and Sufis of this Order receive these Barakah regardless of physical meeting with their Shaikh or even when the Shaikh is not their contemporary. Yet, it must be underscored that physical meeting with the Shaikh of this Order still holds great importance in dissemination of these Barakah. 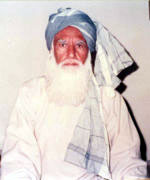 I have copied this page from the Haqqani Foundation website because of the importance of these principles to the Naqshbandi order and because the background of the page on their site made it difficult for me to read. It appears largely to be taken verbatim from Trimingham, The Sufi Orders of Islam (pp. 203-204). The source for Triminghams's translation was Taj al-Din ibn Mahdi Zaman al-Rumi, Risala fi sunan al-Ta'ifa al-Naqshbandiya, which is a manuscript held in the Cambridge library and listed in the Add. (Additional or Added ?) manuscripts #1073, pp. 4-5. There are a number of problems in Trimingham's translation. When I have the time, I will attempt to correct the translations, basing myself on sources that seem to have the much of the same material as Taj al-Din's Risalah. I will follow my corrections by "--ed," indicating that I, the editor, am responsible for the corrections. The following eleven principles show the exercise-aims of the Tariqat Naqshbandiya. The first eight were formulated by Khwaja Abd al-Khaliq al-Ghujdawani, and the last three were added by Khwaja Bahauddin Naqshband. Yad Kard Remembrance, or making mention. Both oral and mental. Be always repeating the Dhikr imparted to you so that you may attain the beatific vision. Khwaja Bahauddin Naqshband said, "The aim in Dhikr is that the heart be always aware of al-Haqq [The Truth, a Beautiful Name of Allah], for its practice banished inattention." Baz Gasht Restraint. The person saying the Dhikr, when engaging in the heart-repetition of the blessed phrase [shahada] should intersperse it with such phrases as "my God you are my Goal and your satisfaction is my aim", to help to keep one's thoughts form straying. Other masters say that it means 'return' or 'repent', i.e, return to al-Haqq by way of contrition [inkisar]. Nigah Dasht Watchfulness. Over wandering, passing thoughts when repeating the blessed phrase. Yad Dasht Recollection. Concentration upon the Divine Presence in a condition of Dhawq [zoq], foretaste, intuitive anticipation or perceptiveness, not using external aids. Hosh dar dam Awareness while breathing. The technique of breath control. Said Khwaja Bahauddin Naqshband, "The external basis of this tariqa is the breath." One must not exhale in forgetfulness or inhale in forgetfulness. Safar dar watan Journeying in one's homeland. This is an interior journey, the movement from blameworthy to praiseworthy qualities. Others refer to it as the vision or revelation of the hidden side of the Shahada. Nazar bar qadam Watching one's steps. Let the salik [pilgrim] ever be watchful during his journey, whatever the type of country through which he is passing that he does not let his gaze be distracted from the goal of his journey. Khalwat dar anjuman Solitude in a crowd. The journey of the salik, though outwardly it is in the world, inwardly it is with God. Leaders of the Tariqa have said, "In this tariqa association is in the crowd [assembly] and disassociation in the khalwa." A common weekly practice was to perform the dhikr in the assembly. Wuquf-e zamani Temporal pause [Awareness related to time--ed.]. Keeping account of how one is spending one's time, whether rightly and if so give thanks, or wrongly- and if so asking for forgiveness, according to the ranking of the deeds, for "verily the good deeds of the righteous are the iniquities of those who are near [to God]." Wuquf-e adadi Numerical pause [Awareness related to number--ed.]. Checking that the heart dhikr [said in the heart, silently] has been repeated the requisite number of times, taking into account one's wandering thoughts. The Rashahat mentions that Khwaja Bahauddin Naqshband considered numerical awareness the first stage of esoteric knowledge. Wuquf-e qalbi Heart pause [Awareness related to the heart--ed.]. Forming a mental picture of one's heart with the name of Allah engraved thereon, to emphasize that the heart has no consciousness or goal other than God. This is the meaning of the word "Naqshband

From Wikipedia, the free encyclopedia