The house was built in the middle of the 19th century during the reign of Emir Ahad-khan in the traditions of Bukhara, with a very original architectural layout in the Uzbek style of that time, by the young Urganji beg.

When the house was built, the Emir and representatives of other states were treated to charitable entertainment (hudoi) to celebrate the end of the construction of the house. All those present admired the architectural beauty and grace of the building. At this celebration all foremen, architects and woodcarvers were awarded with precious gifts, dressing gowns, gold belts, etc. The architect also was awarded with a token horse in complete dressing.

The house and celebration made a huge impression on Emir Ahad-khad and he expressed his admiration and hinted that it would be good to have such a house for the Emir of Bukhara in a spot that was cool and windy in the noblest neighborhood of Bukhara. And Urganji bek, not losing his cool, replied that it had been constructed it for the Emir.

Ahad-khan was very much delighted at the gift and was impressed by the young bek and removed the royal cloak from his shoulders, with all its armor and jewelry, and put it on the shoulders of Urganji bek. Emir Ahad-khan named the house "Hovli-Poyon" which means house below the Arch. After the death of Emir Ahad-khan, his son Alim-khan was proclaimed the owner. In 1914 he visited the house and also was impressed with its beauty. Under his decree the house was rebuilt.

The house is constructed according to the climatic conditions of Bukhara. An ancient portal opens an into a cool hall. In a straight line an awning on high straight wooden carved columns and drawing room are located. The earlier house consisted of three courtyards. Huge gates were constructed for the entrance of horses and elephants. Bek had 2 Indian elephants and 8 horses.

To the left of the large gates were located horse stables and room for people to contemplate and rest. In the same courtyard visitors were met in two large winter and summer halls. There was as well a courtyard for the women of the house to congregate. Quiet internal and cool rooms are conducive to relaxation. 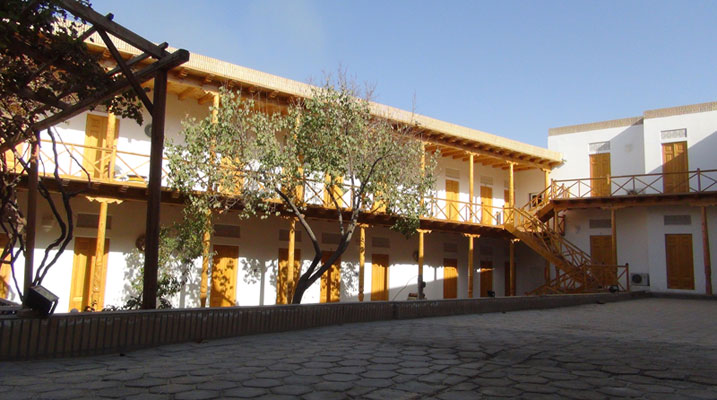 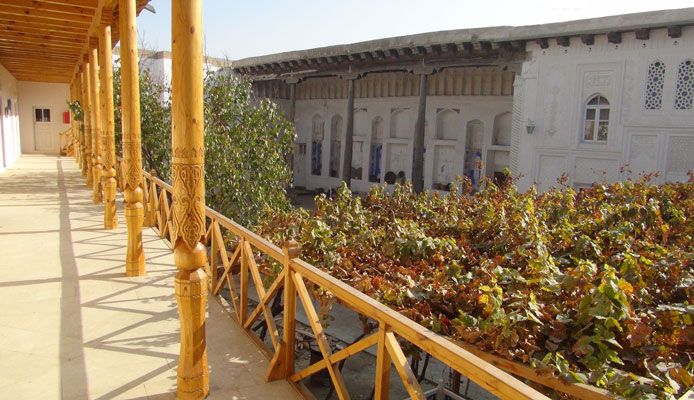 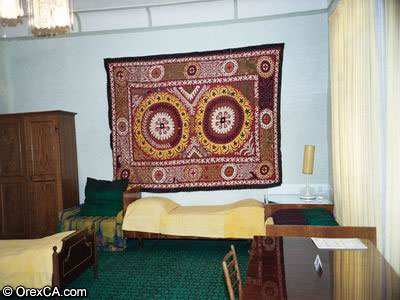 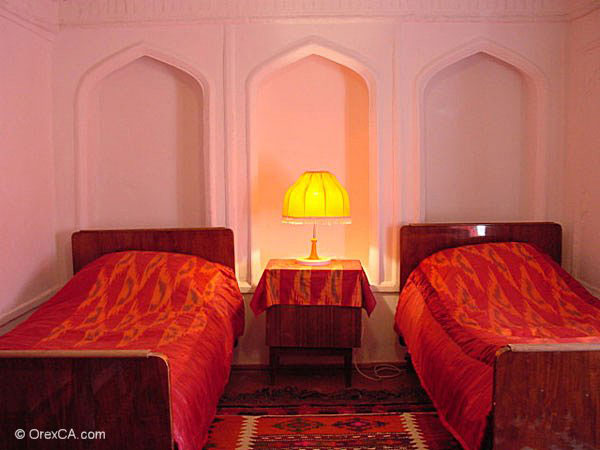 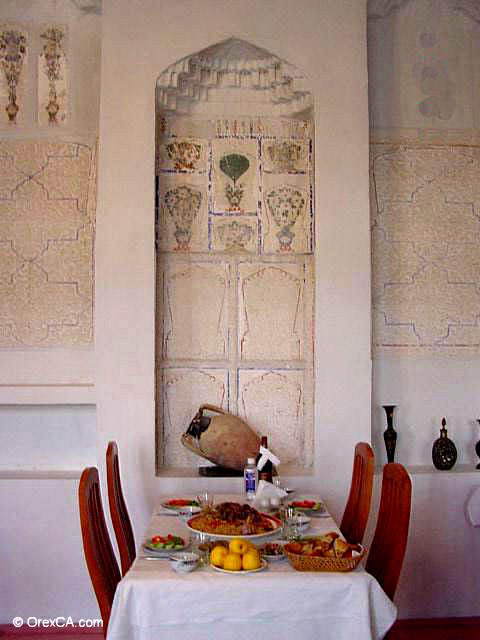