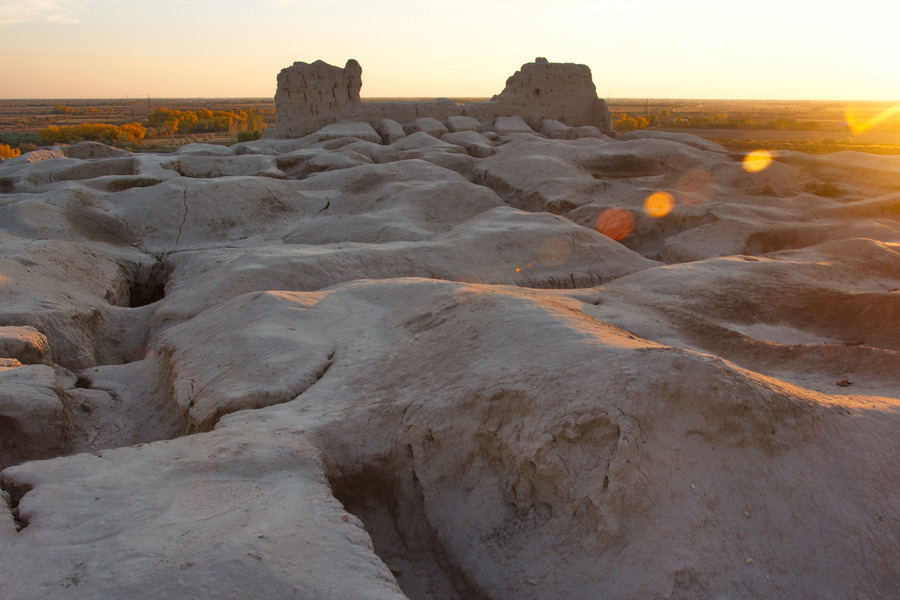 Gyaur-Kala, located in the Republic of Karakalpakstan, is one of the oldest monuments in all Uzbekistan.

Situated near Mizdakhan Necropolis, an ancient cemetery which is still in use to this day, the name of this mysterious citadel translates as "Fortress of the Infidels".

Gyaur-Kala was built during the 4th-century BC reign of the Achaemenid Empire as part of a chain of defensive fortresses along the border of Ancient Khorezm. Its ten-meter-high walls now surround the ruins of two citadels. Some scholars believe this area to have been the center of Zoroastrianism where the ancient Avesta texts were written by the religion’s founder, Zoroaster. Zoroastrian followers would likely gather here for ritual ceremonies and religious celebrations, as well as to exchange goods in the local market and seek refuge from invaders in times of trouble. 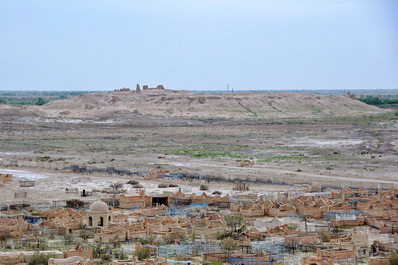 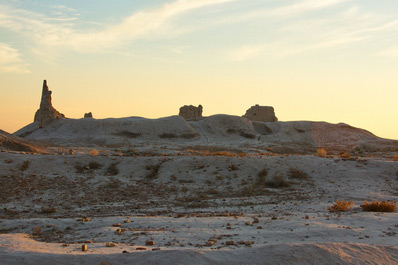 For centuries, the city was called Mazda and was located on one of the northern branches of the Great Silk Road, as evidenced by archaeological findings in the area of coral beads, shells from the Indian Ocean and exotic fabrics woven with golden threads. The settlement was located on the highest hill in the area, allowing its residents to have a bird’s-eye view of their surroundings, with the main arched entrance facing Mizdakhan Necropolis. Gyaur-Kala protected the inhabitants of Ancient Khorezm from raids until the invasion of the Mongol-Tatar troops in 1220, when Khan Jochi decimated the city. During this attack most of the population of Gyaur-Kala was either killed or sold into slavery. 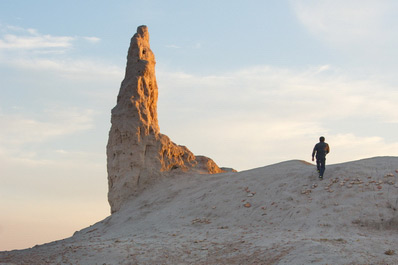 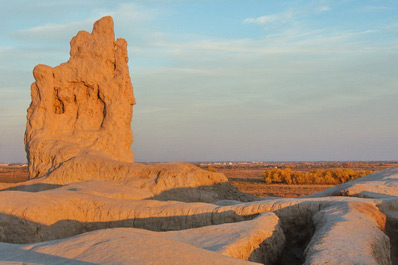 Evidence indicates that people continued to live in the area through the 13th or 14th centuries. In the new settlement near Gyaur-Kala Fortress, called Shahar-Antakiya, archaeologists have discovered residential quarters with buildings, Islamic prayer niches, craft workshops and the remains of a ceramic sewage system. A highly civilized society clearly occupied the town before vanishing for unknown reasons.

Today, Gyaur-Kala is located between Nukus and the Uzbekistan-Turkmenistan border crossing of Khojeyli, near a town of the same name.