About restaurant: The most famous square in the old part of Bukhara is the Lyabi-Hayz ("Lyabi" means "bank of a river", "Hayz" - a pool). Lyabi-Hayz is the most beautiful and popular place in the city.

The history of this place is very fascinating. Nodir Devon-Beghi, a vizir (a minister) of the Bukhara Emir, decided to get married. On his wedding day he presented his bride with only one pair of earrings. His sweetheart took offence. "My groom is not from a poor family, he could have given me a more expensive present." But the vizir kept silent.

Several years later, Nodir Devon-Beghi built a mosque, medrassah and a few other buildings. His wife said to him: "You had no money for an expensive wedding and presents, but you have found plenty for your buildings! Her husband answered her: Darling, look in your jewelry box. The wife took a look and did not see even one earring.

Nodir Devon-Beghi Medrassah was built in the 17th century. On the entrance portal golden birds are depicted. Similar images can be seen on the Sher-Dor Medrassah, situated on Registan Square in Samarkand. Such pictures are not typical for traditional Islamic architecture. They are an echo of Zoroastrianism, an ancient religion widespread on the territory of Central Asia until the 7th century. This religion had a great impact on vizir Nodir Devon-Beghi, who was also a Shiite. This branch of Islam does not forbid picturing animals. His masters wanted to preserve something great in the people's memory, in which they succeeded.

At the present time, Nodir Devon-Beghi Medrassah is an attraction for travelers and guests of Bukhara. It astounds travelers, not only with its peculiar architecture, but by its magnificent display of Uzbek culture and heritage. The unique opportunity to join the cultural heritage of the Uzbek people in its entirety, including Uzbek classical and folk music, dances, and cuisine has been created by the Medrassah. When visiting, you will be immersed in the special atmosphere of our National traditions, which the local people are resolutely attempting to preserve.

The folklore concert begins in the evening. Under the glow of the sunset, calm Uzbek music can be heard. A soloist of the consort gives a demonstration of Uzbek musical instruments: the doyra, gijak, soz, chang, nay and others. The dance ensemble "Bukhorcha" pleases audiences with performances of various National dances. The repertoire is very interesting, as Uzbekistan is a multiethnic country, and the whole program is arranged accordingly: Uzbek national dances, Khorezm national dances, Ferghana national dances, and then Tajik and Arabic dances. In the pauses between dances, the fashion house "Ovaciya" showcases its elegant collections. Their dresses combine modern trends and Asian traditions.

Guests and travelers are offered an Uzbek dinner, consisting of Uzbek dishes such as plov, dimlama, mastova, and manti. All dishes are very delicious and fresh. They are offered to guests straight off the fire, and of course you will be treated to Oriental sweets and Oriental hospitality.

There are souvenir shops in the khurjras (cells) of the medrassah. Here you can buy unique creations of folk arts and crafts, endowed with the secrets of the ancient masters and embodying the harmony of shape, color and style.

Do not hesitate; visit Nodir Devon-Beghi Medresse! You will be pleasantly surprised by the level of service, and enjoy relaxing in the quiet surroundings and being absorbed in an atmosphere of Uzbek tradition. 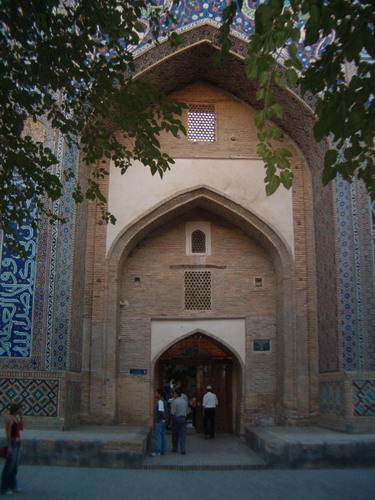 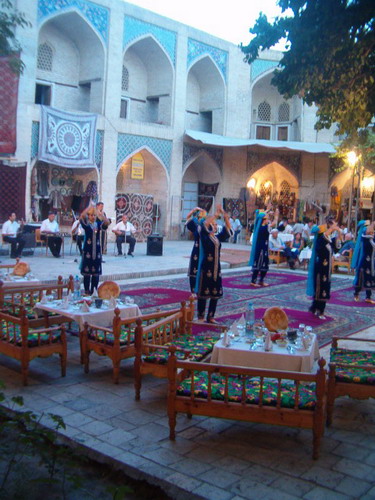 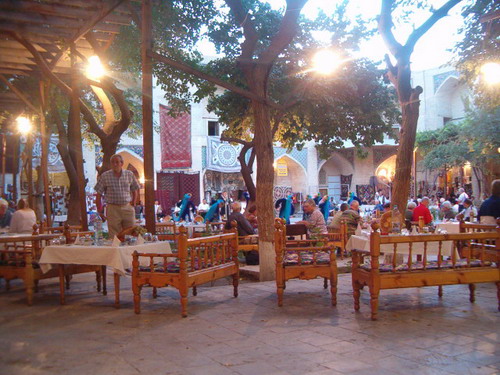 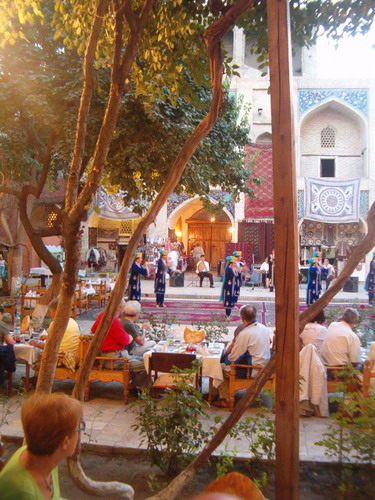 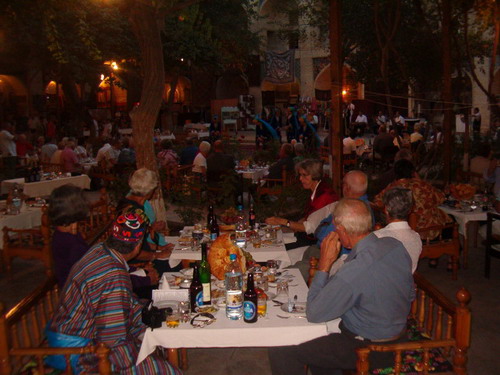 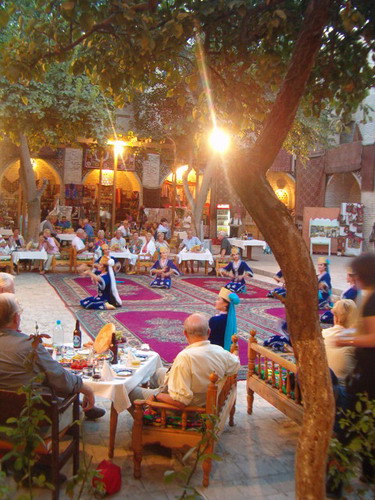 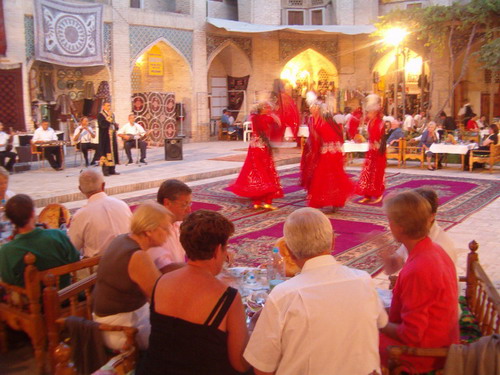 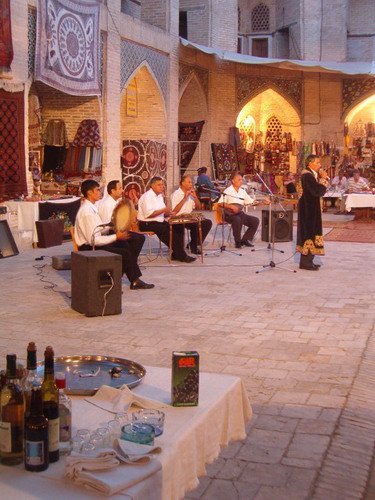 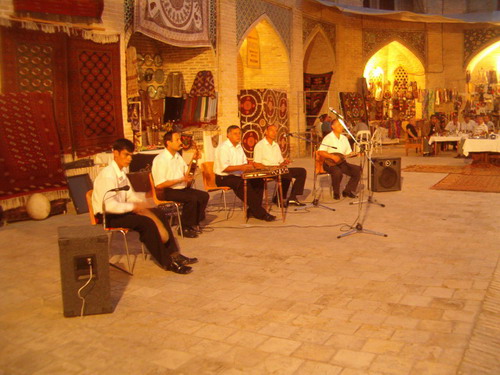 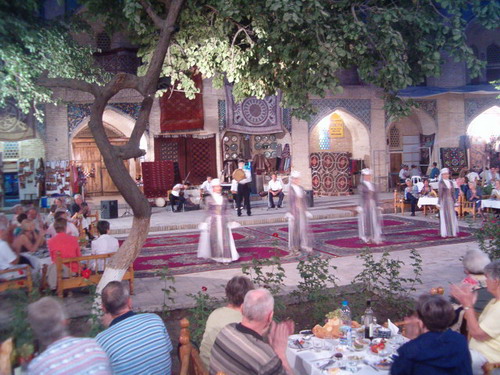