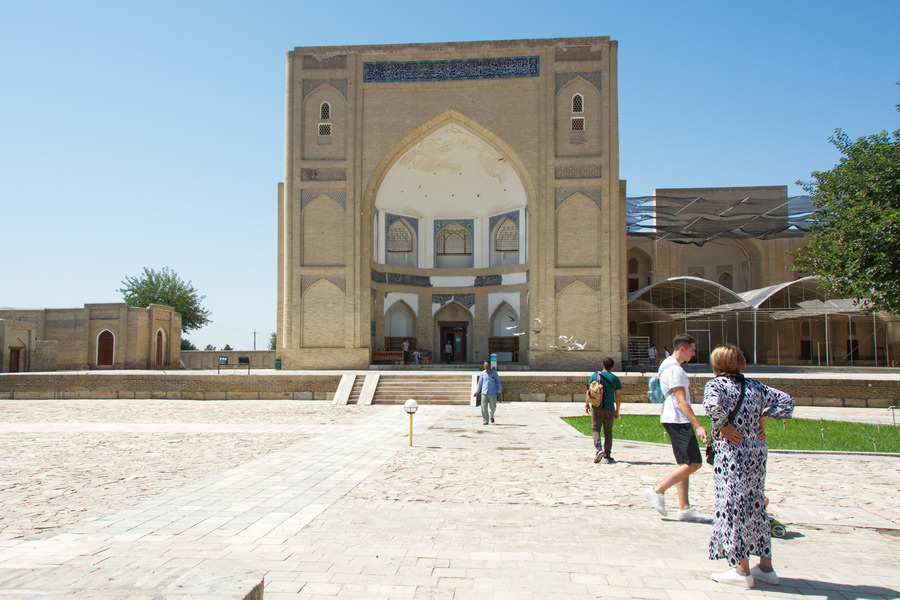 Chor-Bakr Necropolis near Bukhara is a significant holy site in Uzbekistan that has attracted religious scholars, ascetics, dervishes and pilgrims for centuries.

In the 10th century, a lawyer and descendant of the prophet Muhammad named Abu Bakr Said settled in the town of Sumitan near Bukhara. He quickly rose to fame for his knowledge and wisdom, and after his death in 970 AD pilgrims traveled to Sumitan to honor his memory and visit his grave. Abu Bakr’s descendants were later buried alongside him, including his son Abu Bakr Ahmad, a famous Sufi. Gradually, the Chor-Bakr Memorial Complex was formed around their graves, where it became one of the key monuments of Bukhara.

Powerful local sheikhs known as Juybars gained special influence in the 16th century when Sheikh Khoja Juybari served as mentor to Bukhara’s ruler, Abdullakhan II. His advice was highly valued in the royal court, and the Juybars subsequently participated in diplomatic and trade missions, served as advisors for the formation of state policies and actively engaged in charitable and educational activities. 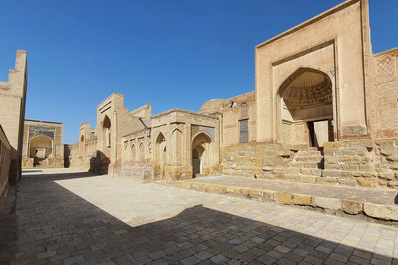 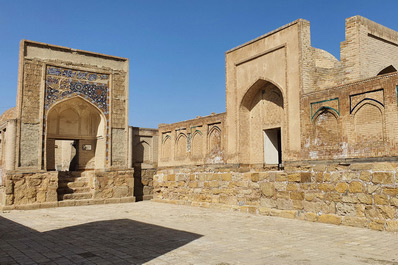 In 1560, as a gift to his mother, Abdullakhan II built a mosque, madrasah and khaniqah (a building for Sufi gatherings) at Chor-Bakr. By order of the king, a garden was designed in the nearby surroundings of Bukhara and filled with fruit trees, cypresses, willows, pines, plane trees and fragrant roses. In 1563, Khoja Juybari died, and according to historical records “his body was wrapped in a shroud of several layers of Byzantine cloth, then in a special cloth from Yemen and a Kashmiri shawl”. In accordance with his will, the sheikh was buried next to the grave of Abu Bakr Ahmad, and Chor-Bakr Necropolis thus became the family cemetery of the Juybar sheikhs.

Chor-Bakr Necropolis resembles a burial city with its courtyards, streets and various religious buildings, including madrassahs and minarets built in different eras. In place of traditional mausoleums are memorial structures called khazira, tombs which do not have a roof. Above the graves are dakhmas (open platforms on which to place bodies) and saganas (crypts), relics of the region’s Zoroastrian past. The necropolis particularly attracts mothers, who come to pray for the healing of their children at the grave of Khoja Said.

Just as in the past millennium, pilgrims today still make their way to Chor-Bakr Necropolis near Bukhara to strengthen their faith, pray for physical and spiritual healing and seek the meaning of life amid its silent graves. 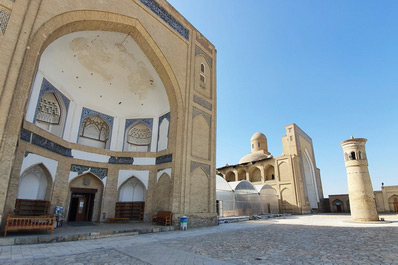 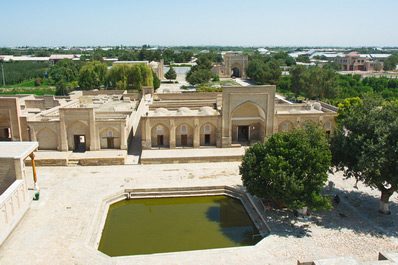