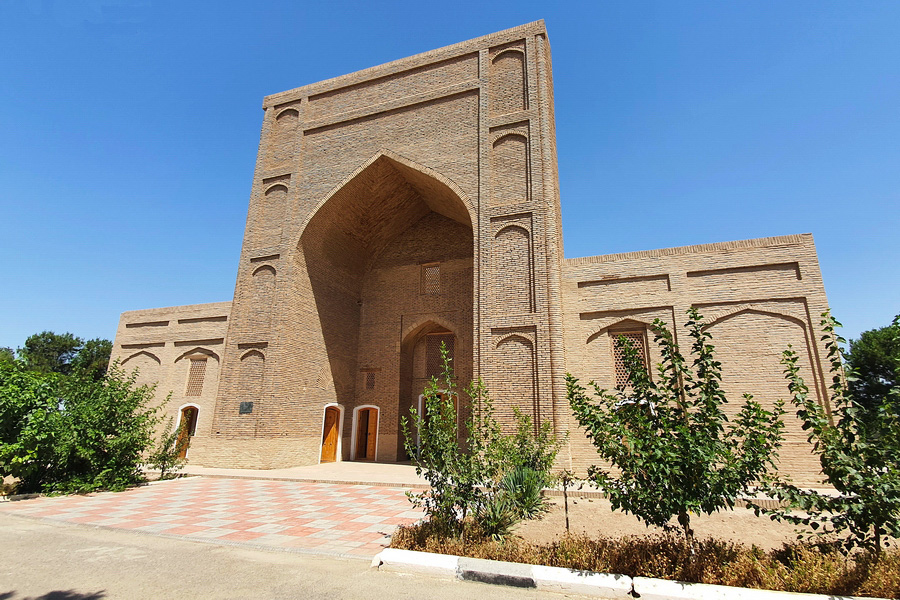 A revival of Termez ruined by Mongols, apparently, could be related to the first decades of the 14th century, but the city site was removed onto a new place, closer to the Surkhan Darya course, where long before there were patrimonial tombs of Termezian Seyids - Sultan Saodat. The Chinese sources informed, that in T'ie-li-mi (Termez) there were old and new cities on a distance of 10 lee (5 km) from each other. The population of city and its environs consisted just of several hundreds of families, which were occupied with cattle breeding. Huge tugais (local forest) and cane jungle stretched to the west where even tigers lived. According to the famous Arab traveler ibn Batuta, in 30s of the 14th Termez after destruction of the city by Mongols was built up at a distance of 4 km from the Amu Darya.

By the moment of this visit, Termez had already been a large city well planned, with perfect markets, ariks and numerous gardens. A considerable role in the revival of Termez belonged to Termezian Seyids. Termezian Seyids did much to strengthen the authority of Amir Timur. In 1399 and 1404 Timur on a way visited Termez and stayed in the house of seyid Khudavenzadae Ala-al-mulk. On September 11, 1399 he visited tombs of Termezian Seyids and mazars of Khakimi Termezi and sheikh Abu Bekr Varrak. In the autumn of 1399 the embassy of the Spanish king Henry III passed through Termez striving to the capital. They also noted a plenty of gardens and water. In his diary Rui Ghonzales de Claviho mentioned pontoon bridge being installed through the Amu Darya only for needs of army. During the 15th century Termez kept a status of important strategic center of the state of Timurids. Khalil Sultan ordered to restore a fortress of old Termez on the bank of the river. In 1414 a Chinese embassy being sent to the court of Shahruh in Herat visited seventeen domains including Termez. Khafizi Abru described Termez in his work (around 1451). 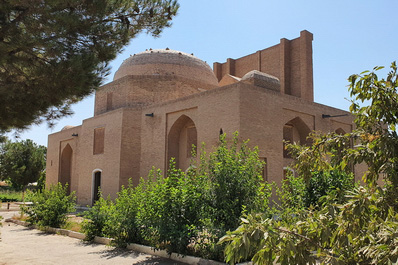 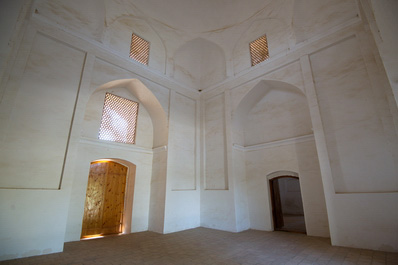 Termez consisted of a citadel and actually urban area, and earlier the city had suburb as well. Market and djuma mosque were located within the territory of the city, where buildings were built of clay. In the second quarter of the 15th century Termez was under the rule of Ulughbeg who even stroke there local coins. The treatise of Khafizi Tanish Bukharai and "Sharaf-nam-yi shahi" contain the information that having conquered Maverannakhr Sheibani-khan entrusted to Seyid Mukhamad-sultan the administrating Termez.

The leading role of local clergy in Termez found its reflection in the poetic description Maverannakhr: "...Then Termez - a place of saints and generous (men), on a bank of the rapid river (often) rising above its banks".

The city appeared again in events of 1572. Termez was subordinated to Balkh, the owner of which Din Mukhammad had the hostile relations with Abdulla-khan. Adbulla-khan II besieged Termez in the spring of 1572. This and further feudal wars caused a decline and impoverishment of large cities, including Termez. The history of Termez since the 17th century had been closely connected to a history of the Bukhara khanate. In the 17th century Termez and environs belonged to the Uzbek clan of kungrad and usually were included into Balkh domain. Balkh was something like dofine of the Ashtarkhanids. In 1646-1647, during fighting for Balkh between Uzbek tribes and Ayrangzeb from a dynasty of the Great Mogols (India), the Indian troops occupied Termez for a short time.

In the beginning the 18th century, when Termez had a special ruler from a clan of kungrad, Shir Ali (a founder of Sherabad), the city included "the great fortress" (kala-i-kalan) and city as it is, where majority of inhabitants lived. But permanent feudal wars resulted in gradual decline of Termez. Mukhammad Vefa informs, that in 1759, under the order of Mukhammad Rahim-khan (a founder of the dynasty of Mangits') Termez having been in ruins "during many generations", was restored again. However, it was artificial and neither economic, nor political conditions could provide long-term results. The old city had never revived and by the middle 19th century just ruins and old mazar of Khakimi Termezi remained there.

Information from
The multimedia-encyclopedia "TERMEZ-2500"