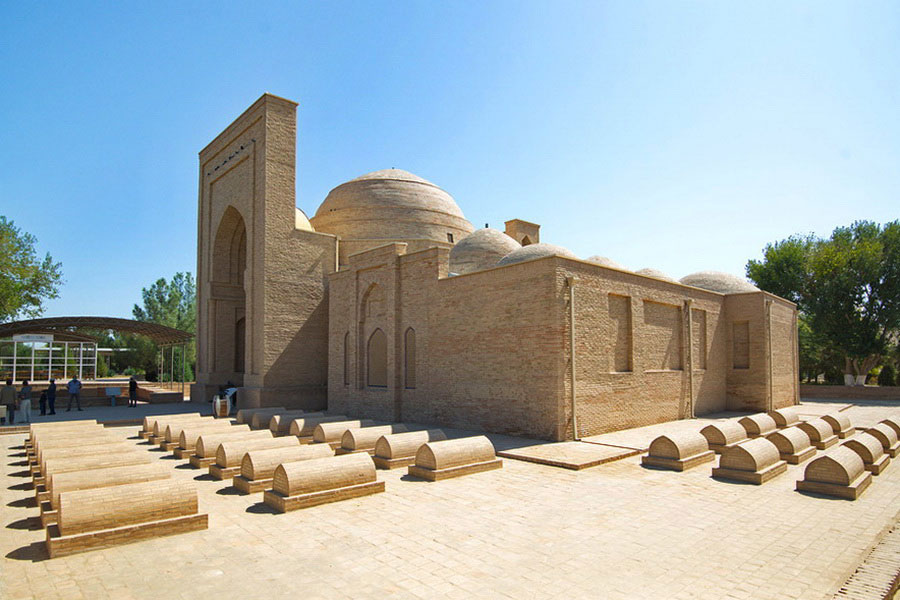 The cult and memorial complex Khakimi at-Termezi in Termez had developed at a tomb of the scholar and sheikh Abu Abdal-lah Mukhammad Termezi, living in the 9th century A.D. who survived through the sudden turns of fortune, but even among his contemporaries he found recognition for theological knowledge and a piety mode of life. Later he was recognized as a spiritual patron of Termez (Termez-ata).

His father Ali bin Hassan was a leading scholar, a Hadith specialist, who, looking for knowledge, went to Baghdad and took an active part in scientific discussions with prominent scholars of the time on various problems of Hadith. His mother and uncle were considered to be experts of Hadith. Consequently Al Khakim At-Termizi grew up in the circle of educated and scientific people, which influenced greatly on his ideology. 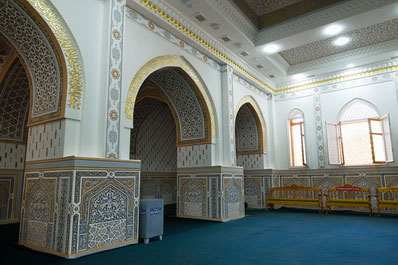 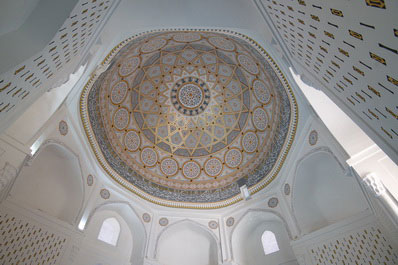 Based on data given in the written sources, Al Khakim At-Termizi's life and his long life can be divided into the following periods:

- The first period includes Al Khakim At-Termizi's childhood up to seven. Unfortunately we do not have exact information about this part of his life. But nevertheless, one can say that unlike the children of his age he displayed ability at this age to various games, as if he prepared himself to the future scientific life, he worked hard with his teachers, obtained knowledge on various sciences (particularly on theology) and got ready to mystic spiritual life.

- The second period embraces Al Khakim At-Termizi's life from eight to twenty eight, when he received knowledge from different teachers (sheikhs). For knowledge he visited other oriental cities, was in Mecca and made a pilgrimage. Some sources pointed to the fact that he paid much attention to learning Hadith and problems of fiqh in this period of his life.

- The third period of his life is related to learning the Qur'an thoroughly. He assimilated by deep God's words, their essence, fasting, praying and pious deeds and so on. The philosophic mystic work by Al-Antahi "Healing of Hearts" had a great influence on him. 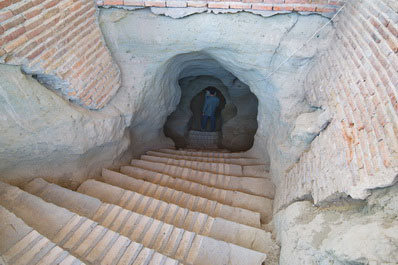 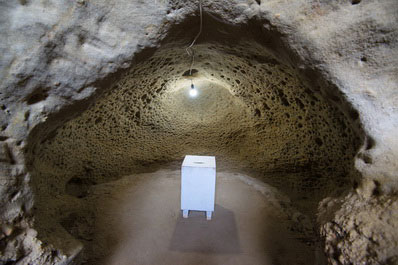 Between 1091-1095 A.D. under the order of the governor of Maverannakhr Akhmad ben Khizr from Karakhanids above a tomb was erected Mausoleum, which interior was covered with rich carved shtuk (special plaster). Geometrical and styled vegetative motifs combined with epigraphic inscriptions in Kufi. Later, in the north the mosque with mikhrab was built up. Carved shtuk coverers the walls of the mosque that by style was very close to ghanch decor of the 12th century performed in the palace of Termez governors. Later additional structures were added to. So, in 1389/90 to the east from the grave of at-Termezi occurred a new mausoleum (it is not clear for whom) and underground chillya-khana. In the 15th century in the mausoleum magnificent carved gravestone of marble and monumental two-portal khonaka with big dome were installed. It is possible, that it appeared on a place of previously more modest khonaka. The architectural complex during centuries attracted numerous pilgrims, quite often arriving here even from the left bank of the Amu Darya.