The Buddhist complex of Fayaz-Tepa, Termez 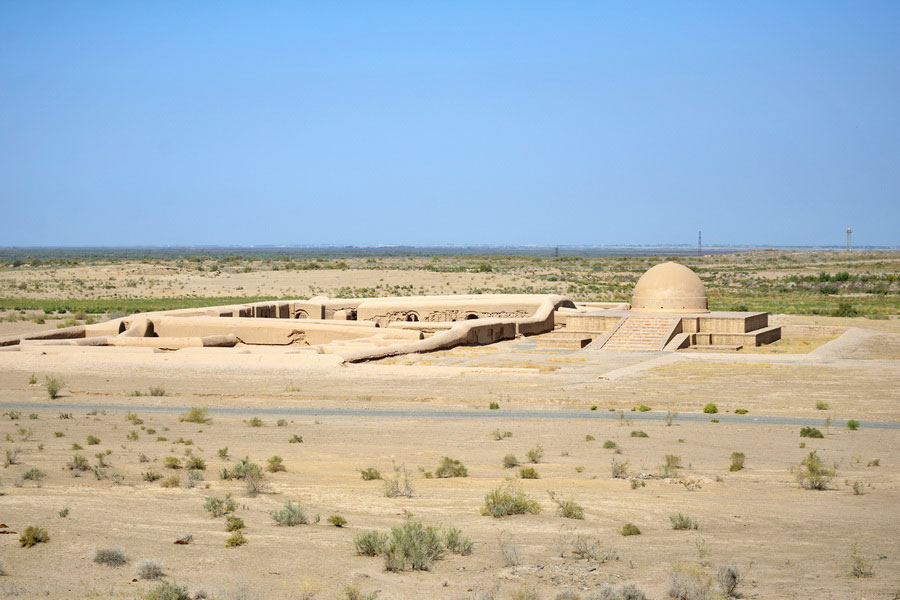 The Buddhist complex of Fayaz-Tepa was located outside the city of antique Termez, less than 1 km away to the northwest from the Kara-Tepa site. The scholars date it back to the 1st-2nd cc. A.D. Fayaz-Tepa was built on smooth open site according to a plan, in which (both functions of a monument and its parts) everything was basically precise, clear and strongly fixed. Fayaz-Tepa was a compact country monastery, which builders, following the traditional layout (though including a number of local features), constructed a complex that met the needs of a small Buddhist community in living and execution "of due rituals". It included rectangular in plan building and stupa separately standing (obviously, surrounded by additional walls).

The building had three sections of approximately equal area, with internal courtyard in each one. One side section is considered to be actually monastery: it included, probably, rooms of monk hostel and auxiliary premises. The other side part included dining-room, kitchens and bakery. The central section was a temple and by its lay-out was similar to temple courtyards of Kara-Tepa. Separately from sanctuary with statues of Buddha, bodhisattvas and others, outside central building were settled down stupas ("home of a symbol"). 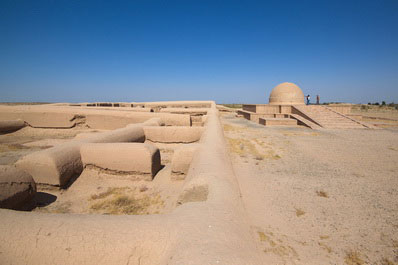 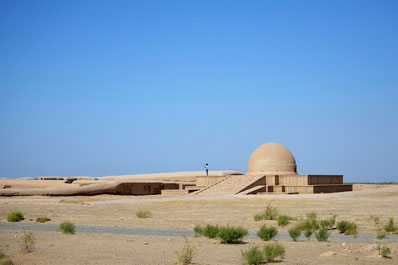 At the Fayaz-Tepa site were uncovered murals exposing Buddha and donatars, samples of stone and ghanch sculpture, coins and fragments of ceramic vessels with Indian inscriptions in Kharoshti and Brahmi as well as in Kushanian (major of them are not published yet). Indian inscriptions on fragments of ceramic vessels prove that the complex could be considered a "haya vihara". The scholars suppose, that this term ascends to Sanskrit words - "haia" - "horse" and "hailati" - "master of horses". 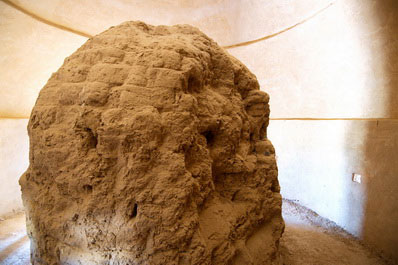 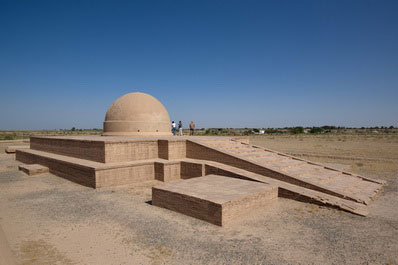 Inscriptions at Fayaz-Tepa contain a term "acera" - "teacher", that probably, concerns the teachers, which regularly trained the monks. Taking into account a quantity of cells there, the scholars suppose that not more than 20 monks stayed permanently there. Eastward from the Fayaz-Tepa site at the result of occasional downfall of the ground was found the basement premise. Apparently, it was a part of the next monastery not remained. In the premise were found the inscriptions in Kharoshthi. One of them was cut out on the crown of a large vessel for water.

Information from The multimedia-encyclopedia "TERMEZ-2500"

Video of Complex of Fayaz-Tepa