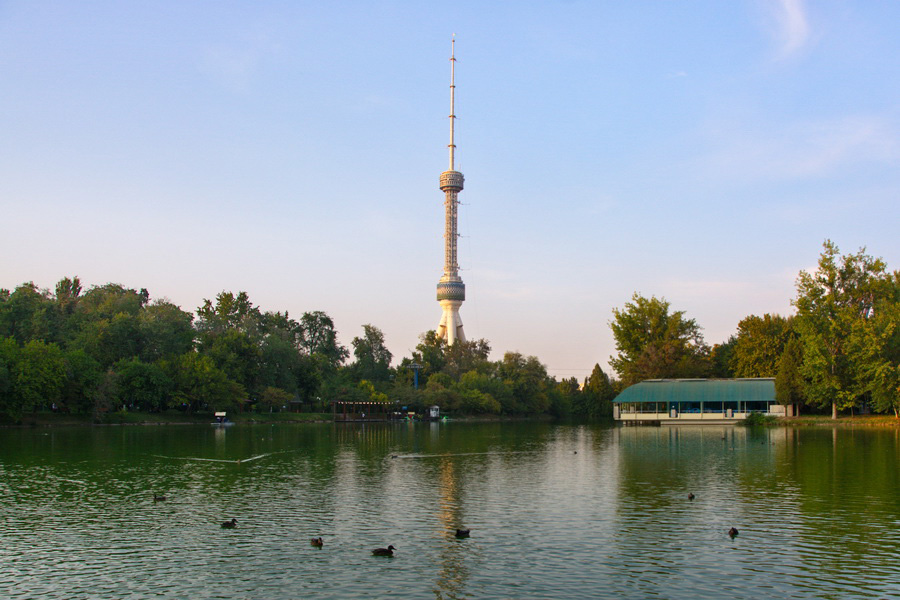 Tashkent TV Tower is the highest structure in Central Asia. Its height is 375 meters. The TV Tower was built over 6 years, beginning in 1978. It was officially put into operation on 15 January 1985.

15 January 1985 State commission signed an act regarding the most unique building in Central Asia - The Tashkent TV Tower. Into the silhouette of the city was inserted a TV tower, which became a symbol of the high technical and cultural level of Uzbekistan.

As a unique architectural building, the Tashkent TV Tower is a favorite stop of travelers and guests of the capital. Guides provide professional tours, including information about the construction of the TV tower and some of the other sights of Tashkent in the Uzbek, Russian, and English languages.

The foyer of the TV Tower is decorated with mosaic panels in the stile of Phlorentian and half-precious stones, marble by the artist A. Bukharbaev. An unique construction of TV Tower was developed by architects N.G. Terziev-Tsarukov, D.Ya. Semashko and engineers E.P.Morozov, M.D.Mucheev. 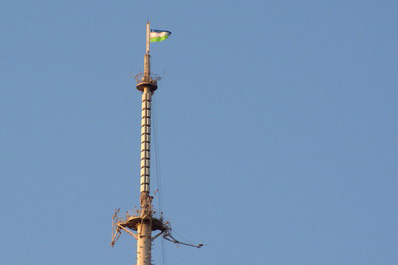 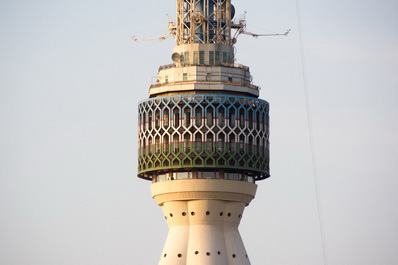 To take visitors to the top of the TV tower, three high-speed lifts made by the "Shindler" company have been installed. They rocket people to a height of 100 meters in just a few seconds. Visitors proceed from the observation deck to the "Koinot" restaurant (The Space), where the two comfortable rooms of Uzbek restaurant "Blue" and European "Red" can accommodate 120 visitors simultaneously. Rotating once every hour, visitors can admire the panorama of Tashkent again and again.

In 1991 the Tashkent TV Tower became a member of the World Federation of Great Towers and now it is the 11th highest tower among more then 200 towers in the world. At the same time, it the only tower of its kind in Central Asia, and the 2nd highest tower, after the Ostankino Tower (Moscow, Russia), among the CIS countries.

There are makets of all Towers - members of World Federation of Great Towers in the foyer of TV Tower.

Entry is only on passports!