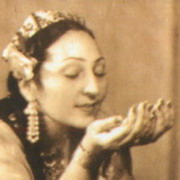 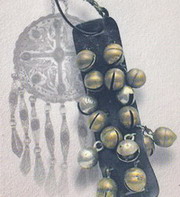 The house museum of Tamara Khanum was created in 1994, based on the ongoing exhibition of her costumes. In the museum of Tamara Khanum you can see the original interiors where she lived the last years of her life, many of her costumes, photographs from the 1920-80s, manuscripts, and her unpublished memoirs, as well as listen to her songs. There are paintings, clothes, household items, etc.

The exhibition hall displays costumes that Tamara Khamum wore, as well as other traditional costumes of Uzbekistan.

From the1920-30s, Tamara Khanum took an active part in the creation of the new musical-theatrical art of Uzbekistan, along with Mukhitdin Kari-Yakubov, Usta Alim Kamilov and others. She followed the creative path from amateur ensembles to major productions at state musical drama theaters.

Her considerable repertoire included folk songs of Uzbekistan, the USSR and many countries of the world. The original genre of folk songs and dances which she championed won the recognition of millions of viewers around the world, due to her broad concert activity. Tamara Khanum followed native traditions closely, giving them a brilliant modern interpretation. 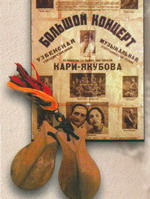 The creative work of Tamara Khanum (1906-1991), People's Artist of the USSR, one of the foundations of modern dance art in Uzbekistan and abroad from the 1920-80s. She was Armenian by nationality (Tamara Petrosyan) and grew up in the Fergana Valley. Even as a child, she was an excellent performer of Uzbek national songs and dances.