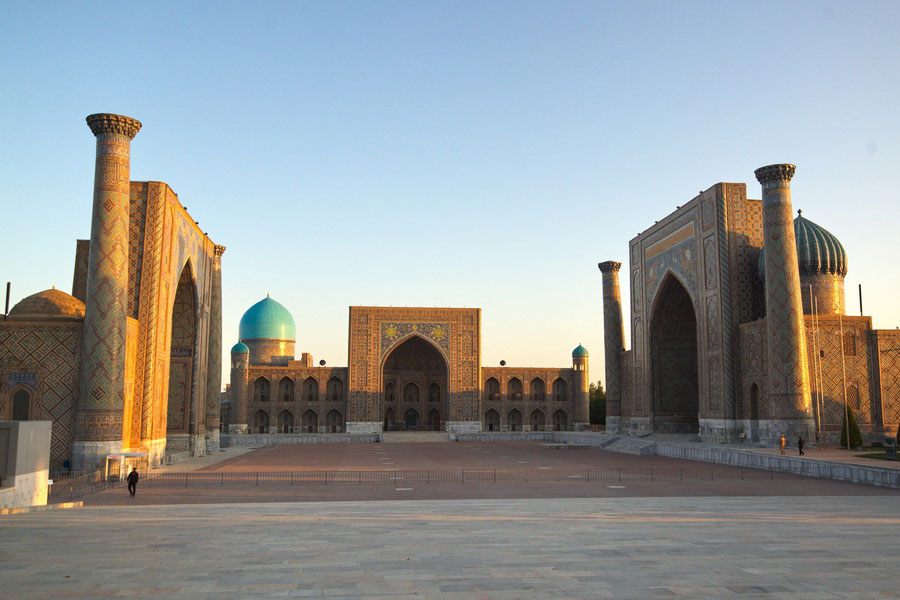 Registan became a major square of Samarkand in the 14th century. Registan means "a sandy place". Earlier, a river channel flowed through th area, forming sand and silt deposits. Six streets cross at Registan. While under Temur the square was a commercial and crafts center, it became a spiritual center under Ulugbeg. Ulugbeg constructed a majestic madrassah and s Sufi Khanaka with a huge dome. The old buildings on Registan had fallen into disrepair by the 17th century and the governor of Samarkand, Yalang-tush-biy, built Sher-Dor Madrassah in the place of Ulugbeg's khanaka, and later built Tiliya-Kari Madrassah as well. 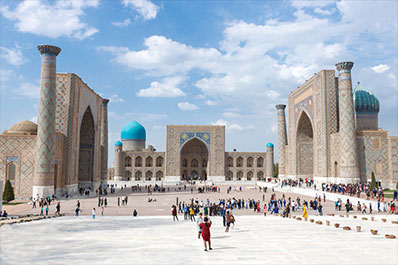 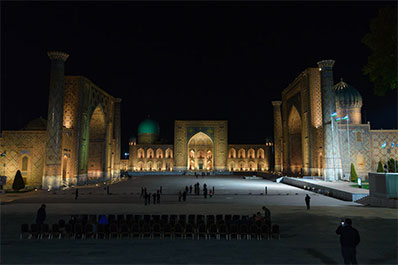 The madrassah of Ulugbeg was under construction from 1417-1420. Its huge portal has an arch of 15m in width. The mosaic panel above the arch shows a symbolic sky with five and ten pointed stars. The madrassah had a platform for astronomical observations before Ulugbeg's observatory was built, and had fifty cells for one hundred students. Sheikh Khodja Akhrar and poet Djami were among the outstanding graduates of this madrassah. In the 20th century the northeastern and southeastern minarets were repaired, new domes were installed, and the portal arch and tympan were restored. 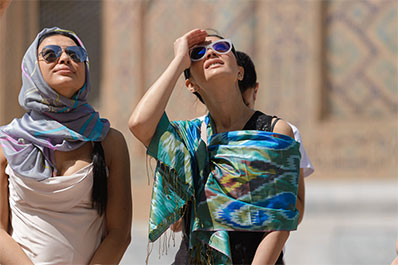 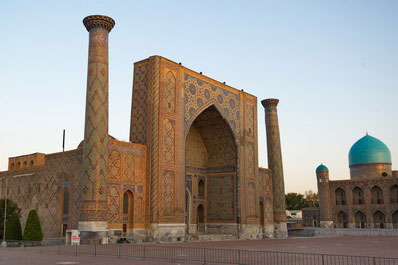 Sher-Dor Madrassah was constructed from 1619-1636, in a style imitating Ulugbeg's Madrassah. Ribbed domes on high towers soared over the two-storied facade on the sides of the front portal. Islamic inscriptions, geometrical and floral ornamentation decorate the interior. Especially interesting are the tympans of the portal arch. They are decorated with an anthropomorphic depiction of the sun and tiger attacking a fallow deer. Hence, the name of Sher-Dor - "having tigers". This pattern was nearly lost by the middle of the 20th century and has been restored. 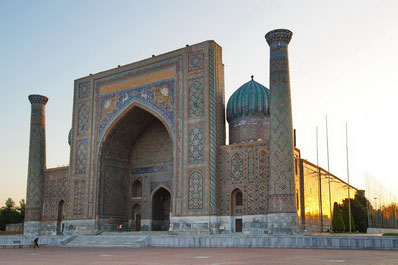 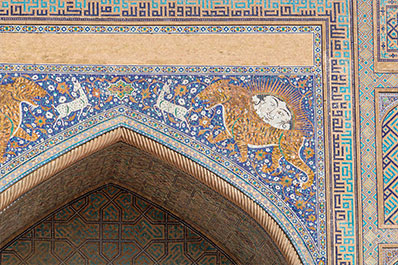 In the middle of the 17th century, the cathedral mosque of Bibi-Khanym lay in ruins and Samarkand needed a new mosque. Yalangtush-biy ordered its construction on the Registan. The mosque was planned to operate as a madrassah as well. Construction lasted almost twenty years and was finished in 1660. The richest gilding on the dome, walls and mihrab surpassed all other famous buildings in Central Asia. For this reason, the madrassah was named Tillya-Kari, which means "coated with gold". The dome of the mosque remained unfinished up to the 20th century. At the same time, its faded facing was restored. 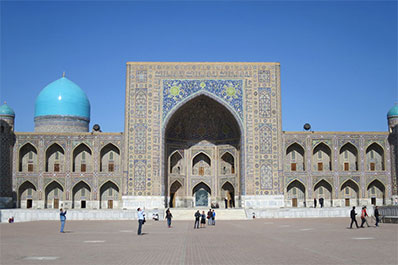 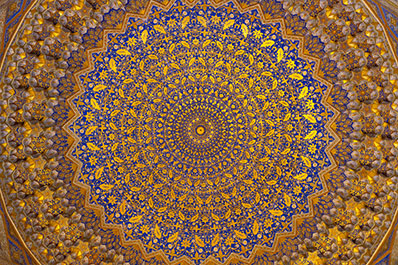