The museum is situated on the site of the ancient settlement of Afrasiab, on the road leading from the mosque of Hazret-Hyzr to the bridge across the Siab river.

The museum displays exhibits illustrating the various periods of the city's ancient history: ossuaries, fragments of ancient swords, knifes, arrows, coins, ceramics and unique frescos from the 7-8th century palace of the Ihshid of Samarkand.

Excavated in 1965 in the center of the medieval city behind the third fortification, the palace occupied more than 1 hectare. 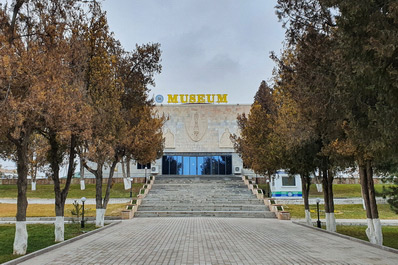 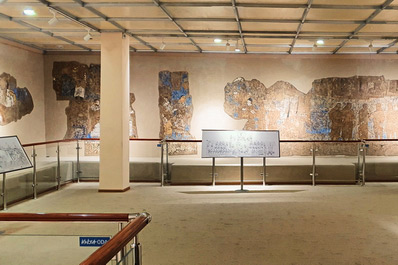 The roof of its throne hall was supported by wooden columns, and its southern wall decorated with paintings of a wedding embassy to llshid Varkhuman (second half of the 7th century).

The procession is led by the bride - the Chaganian Governor's daughter - riding on a white elephant and accompanied by friends and dignitaries on camels and horses. On the northern wall are scenes of horsemen fighting against predators, as well as boats with men and women.

The eastern wall shows young men swimming in the sea, birds and animals, The wall behind the llshid's throne shows a procession of the Chinese, Chaganian, Chach and East Turkistan embassies. The palace was reconstructed several times and destroyed in the 8th century. 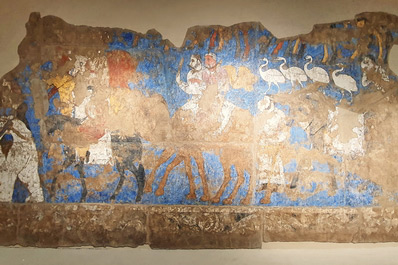 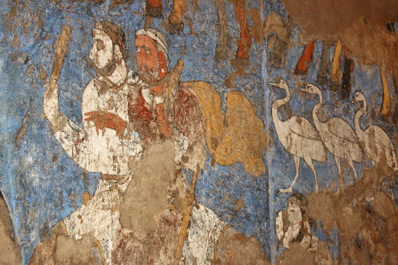