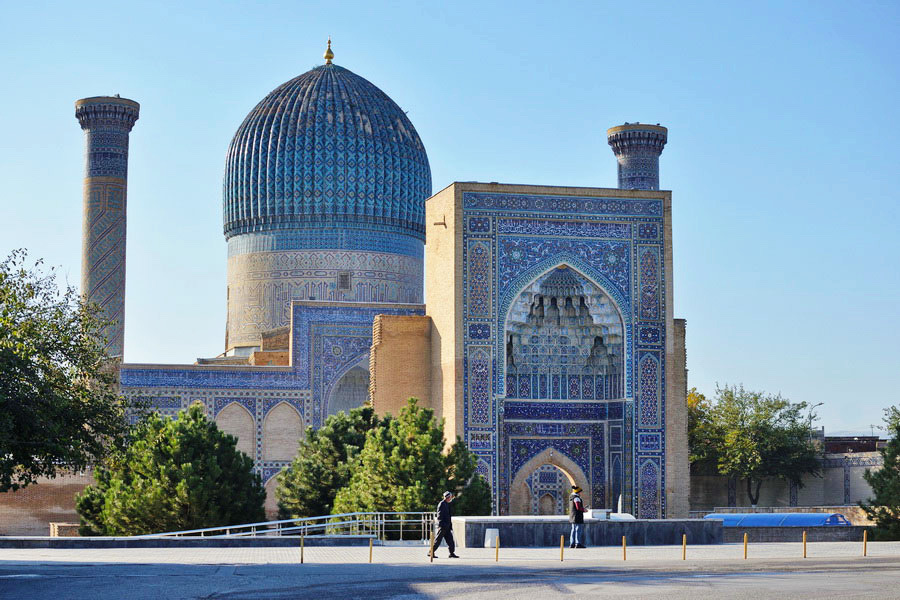 In the 14th century, Samarkand was revived in an area to the south. Amir Timur (1336-1405), the governor of the Western Chaga-tai Ulus, made it his capital. Amir Timur formed a huge empire, from India up to the Mediterranean, which lasted a few decades. Samarkand became a symbol of his new empire. Timur initiated huge construction projects. New architecture with huge portais, high blue domes and refined majolica surely was comparable to European capitals and meant the birth of the Central Asian imperial style.

Amir Timur died during a great Chinese campaign and was buried in Gur-Emir Mausoleum. The mausoleum was built for Timur's grandson, Muhammad-Sultan (1376-1403) who expected to be his successor, but died too early. The remains of Seyid Berke, a spiritual teacher of Amir Timur, were also reinterred there. The mausoleum was finished by Mirzo Ulugbeg, another grandson of Timur, after the eastern gallery and southern funeral structures had already been built. In the 15th century, one more significant cleric was buried in Gur-Emir. He is deemed to be Seyid Umar, the son of Bukhara sheikh Amir Kulal. 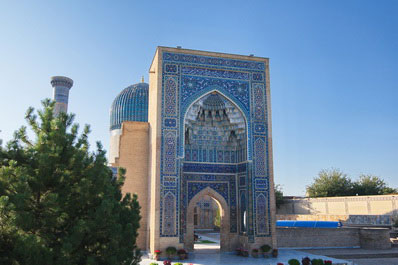 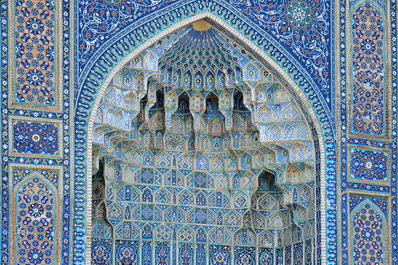 There are tombs of three other Timurid governors in Gur-Emir. They were sons of Timur-Miranshah (1366-1408), Shahruh (1377-1447) and his grandson Mirzo Ulugbeg (1396-1449). Miranshah was the third son of Timur. At the age of 20, Miranshah defeated the troops of Tokhtamish-Khan in the Caucasus. In the 1390s he became governor of the western regions. In 1408, Miranshah was killed in a battle against the Turkmen. Later, his remains were transferred to Maverannahr and reburied in Gur-Emir.

The youngest son of Amir Timur, Shahruh was enthroned in Khurasan at age 20. He became supreme governor upon his father's death. He gave Maverannahr to his son, Mirzo Uiugbeg, who reigned for forty years. Shahruh died during a military campaign and was buried in Herat. Ulugbeg twice came to Khurasan and finally took the Herat throne. Then the remains of Shahruh were reburied in Samarkand. In 1449 Ulugbeg's son Abdullatif rose in rebellion. He dethroned his father and organized his murder. In turn, Abdullatif was soon dethroned, and the remains of Ulugbeg were buried in Gur-Emir. 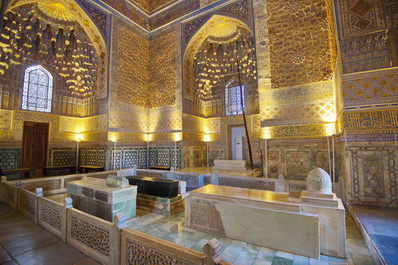 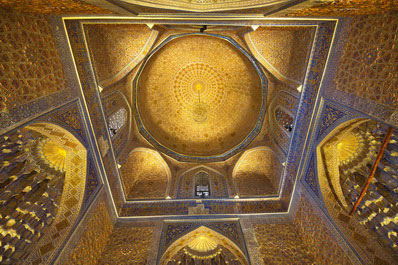