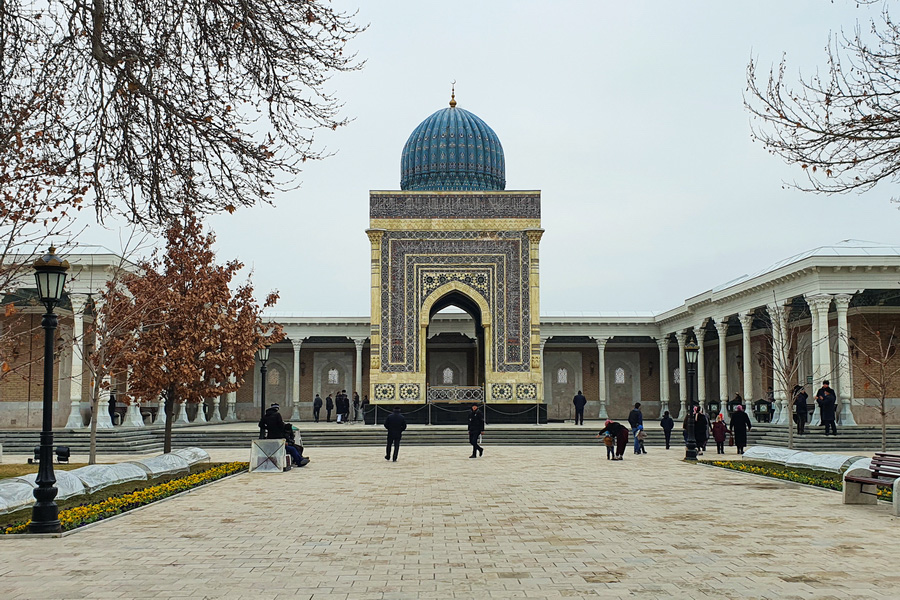 The necropolis of the outstanding Sunni theologian Imam Al Bukhari (died 870) is located near Samarkand. Imam Al Bukhari had a phenomenal memory and memorized a hundred thousand hadiths - true accounts of things Prophet Muhammad once said or did. His work resulted in a summation of hadiths - the "Al-Djami as-Sahih", which had been canonized by the 10th century as a major hadith anthology in the Sunni tradition.

In the 16th century, a small mausoleum was built above the tomb of Imam al-Bukhari. Beside it a mosque was constructed. Presently, the whole Muslim world lives by his hadithas, while in his native land, the precepts of al-Bukhari have been made into law. His name emerged only when a well-known Lebanese writer in 1958, having visited the USSR, reported that he wanted to visit the tomb of a well-known seminary student. His request caused alarm among Communist Party officials. The inquiry was made to the Central Committee of the Communist Party of Uzbekistan, and from there - to the Academy of sciences. Day and night they searched for the tomb of Al Bukhari, and finally located it near Samarkand, close by barely perceptible ruins of an ancient village. 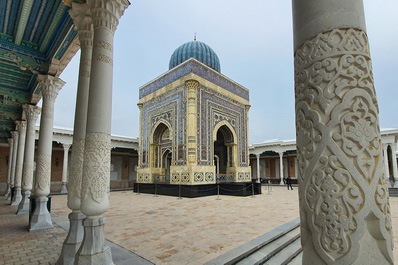 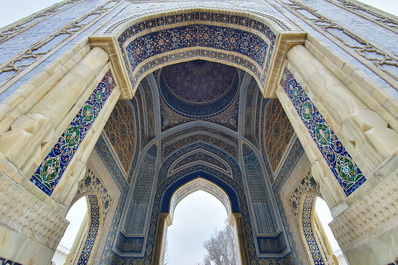 In connection with the 1225th - anniversary of Imam al-Bukhari, according to the decision of the government of Uzbekistan, a new memorial complex was built in 1998 on the location of the old mausoleum. The modern memorial complex consists of a mausoleum, mosque, office building and other structures around the courtyard. The height of the mausoleum dome is 17 m. The walls are decorated with light green, blue, and white glazed tiles, marble, onyx and granite. In the center of the mausoleum is a tombstone coated with light blue onyx. Under the sagana is the tomb of Imam al-Bukhari, covered with marble. Four-century old palm trees have been preserved in the yard. Behind the mausoleum is an educational center for hadith study. On the left side of the yard is a mosque for 1500 believers to pray simultaneously.