Alisher Nazirov is a famous master-ceramist from Rishtan. He has learned his skills over the last 12 years. Usto Eliboy Laliev, Usto Abdukadir and his son Kimsanboy Abdukadirov were his teachers. Studying the patterns of archeological finds, he has restored the ancient traditional forms and patterns of Rishtan ceramics.

Alisher Nazirov is a participant in most of the exhibitions of decorative-applied arts held in Tashkent, Almaty, Bishkek, Moscow, and exhibitions in European countries. The most significant have been in Munich (Germany) in 2001 and 2002. 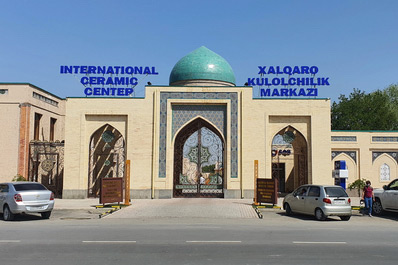 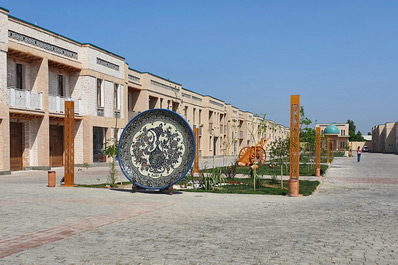 Alisher Nazirov has established tight connections with Japanese ceramists and art critics. In 1994 he trained in Japan. There he created more 80 articles in the workshop of Isokichi Asakura, a famous ceramist, and a master of the Kutani School. Alisher held personal exhibitions in Komatsu (Ishikava prefecture, Japan) in 1994 and 1996. He took part in the World Ceramic Exhibition of Komatsu in 1997. In 2004 in Tokyo a personal exhibition was organized. 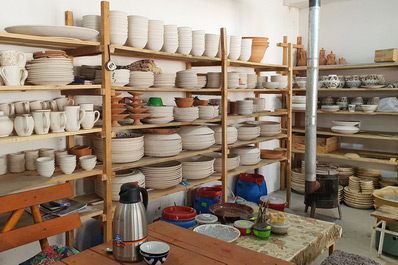 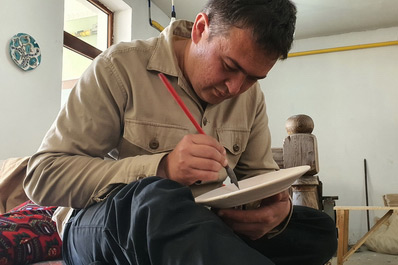 Alisher Nazirov created the "Usto-Shogird" school. His pupils have adopted the best features from the art of his Usto (teacher). They are consistent participants in decorative arts exhibitions.

A visit and tour of this workshop are absolutely free for visitors of OrexCA.com.

Video of Workshop of Alisher Nazirov