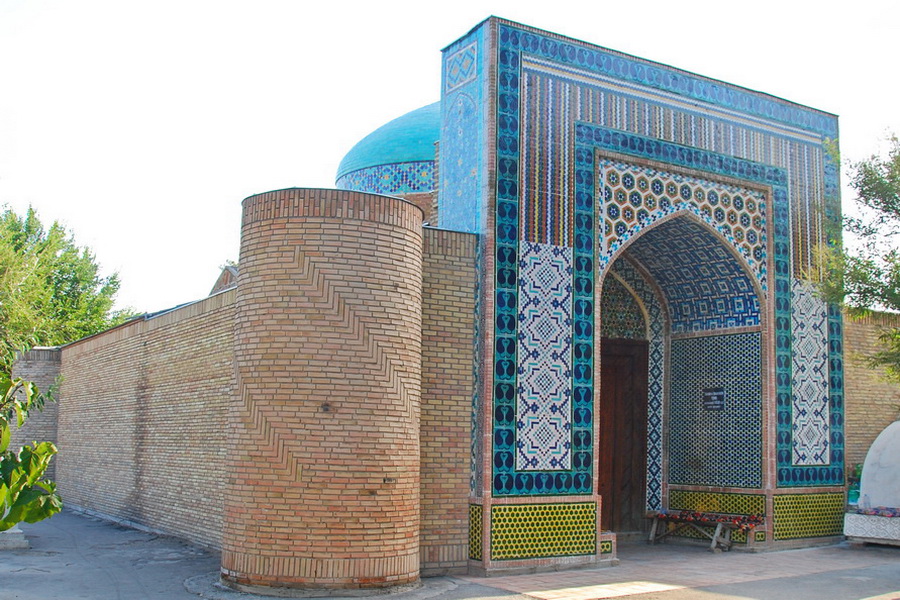 The Narbutabey Mosque, Mir Medressa, Modari-Khan mausoleum and Dakhma-i-Shakhon tomb comprise a complex, which is situated in the old part of Kokand. The mosque was built in 1799 in the western part of the central graveyard on Chorsu square. Norbutabey was a religious person and during his reign 120 mosques were built in Kokand.

Being one of the last, today it's the biggest and most central in Kokand city. The area of the mosque and accompanying madrassa is 52m x 72m. After the independence of Uzbekistan, the madrassa opened again as a mosque with 85 students, the number of which has grown to 100 today. Modari-Khan is in the central graveyard. It was built in 1825 for Umar-Khan's mother, on the orders of his wife, Nodira-Begim. Its area is 7.5 x 8.5m. It's one of the most interesting samples of Muslim architecture.

Dakhma-i-Shakhon is a tomb of the Kokand rulers, which sits in the graveyard. It was built during Umar's reign for the Khans and their family members, and is surrounded by a fence. There is also a place for prayer - Ziarathona, where Umar is buried. The entrance doors are carved with an original Arabic inscription from the Quran and some of Umar-Khan's poetry. The monument was restored in 1971 by local artisans.

The Fergana region was founded on the territory of the Kokand Khanate. Kokand is situated 100 km to the west of Fergana, and was the capital of the Khanate from 1709 to 1876.

This material has been kindly provided by Ms. Elena Azarenko