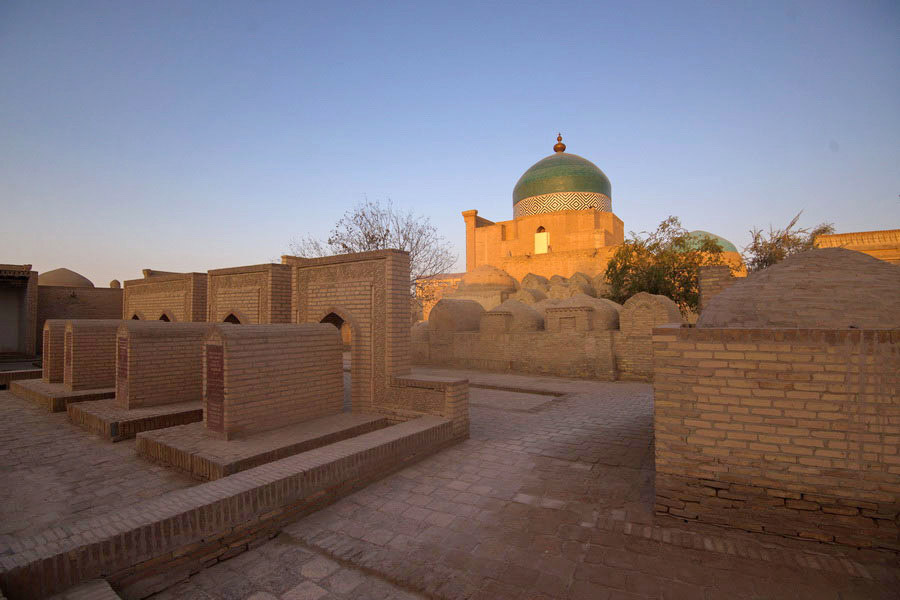 The necropolis of Pahlavan-Mahmud is the religious center of Ichan Kala. It formed around the tomb of Khiva's patron Pahlavan-Mahmud (1247-1326). He was a poet, philosopher and wrestler.

The early mausoleum of Pahlavan-Mahmud was built in 1810 by Muhammad-Rahim-khan I (1806-1825). The new mausoleum had included the old tomb and khanaka with a high Double dome, whose silhouette became a symbol of Khiva. A memorial courtyard was set before the entrance. The gates of the old cemetery became an entrance portal to the Pahlavan-Mahmud Necropolis. In the early 20th century Asfendir-khan (1910-1920) ordered the building of a two-storied korikhona in the western sector of the courtyard and summer aivan mosgue in the eastern part. The majolica facing has many cartouches with religious writings, verses by Pahlavan-Mahmud and the names of masters. 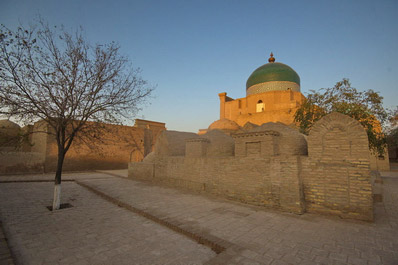 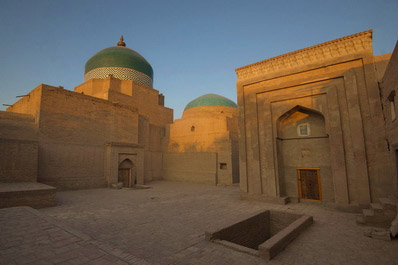 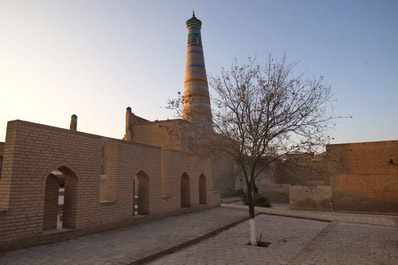 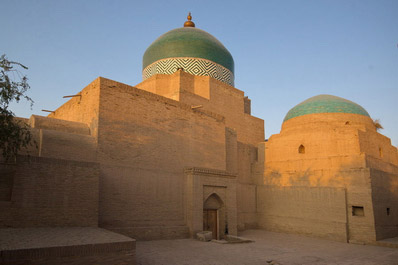