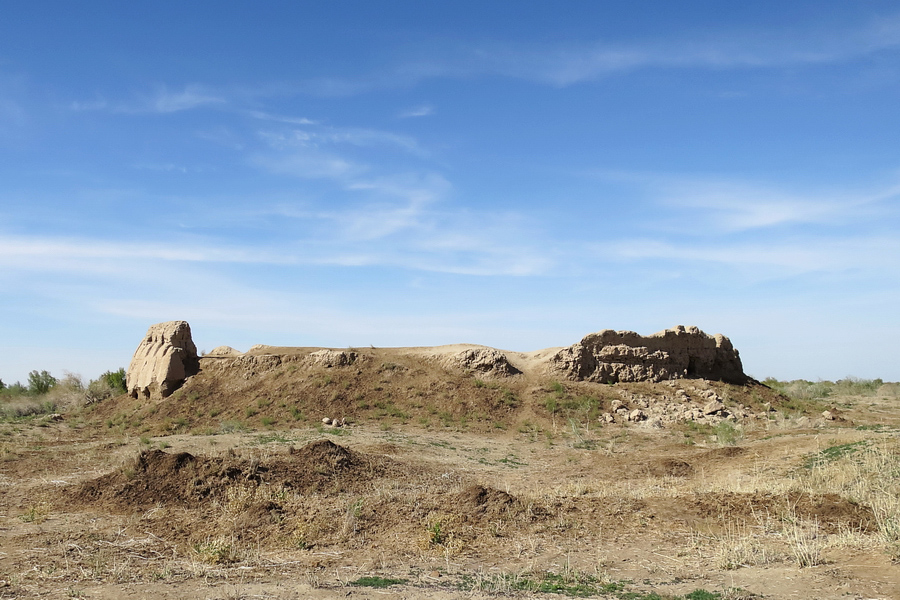 Koi Krylgan Kala (Koy-Krylgan Kala) holds a special place among the many Zoroastrian ruins in the Republic of Karakalpakstan. Located 30 kilometers east of ancient Khorezm, Uzbekistan, its name translates from the ancient Khorezm language as "Fortress of Dead Sheep". This once-majestic outpost forms part of the Ellik Kala (50 Fortresses) citadels and is distinguished by its atypical circular construction.

Koi Krylgan Kala was discovered by chance in 1938 during an expedition led by renowned archaeologist Sergei Pavlovich Tolstoy. Dated to the 4th-3rd centuries BC based on the ceramic fragments and bronze arrowheads found within its walls, Koy-Krylgan was considered the oldest building in all of Central Asia at the time of its discovery.

The fortress was built by Khorezmian architects using local materials, most notably clay. It dominated its corner of the Kyzylkum Desert until the beginning of the 1st century AD, when it was likely destroyed either by Saka nomads or a huge fire. Koi Krylgan Kala had an unusual circular shape and a total diameter of 90 meters, inside of which was a two-story citadel with a diameter of 42 meters and a height of 8 meters. The outer 7-meter wall was flanked with 9 towers and surrounded by a moat. Between this outer wall and the inner fortress was a space filled with buildings, including pantries used to store grain and food supplies in the event of an extended siege. 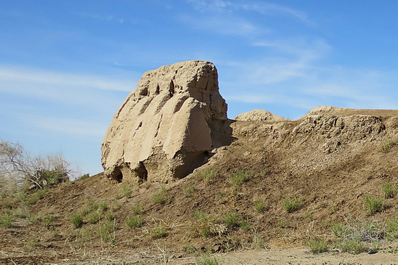 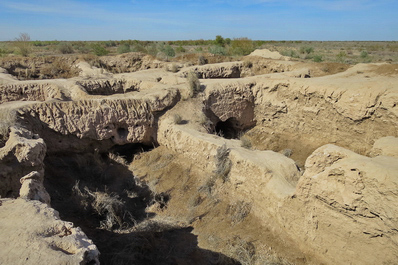 The fortress is presumed to have been a Zoroastrian temple dedicated to the water goddess Anahita and the sun god Siyavush. Its inhabitants left ossuaries in the fortress, and some speculate that ritual ceremonies were once held here at the tombs of ancient Khorezmian rulers. A separate theory suggests that astronomical research was also carried out at the temple. Although many questions remain, the fortress has shed considerable light on our understanding of the history of Khorezm.

From 1950 to 1957, another expedition in Uzbekistan conducted excavations at Koy-Krylgan Kala and concluded that the fortress was revived at the beginning of the 2nd century AD. During these excavations, fragments of centuries-old walls were discovered which have proven helpful in the study of ancient Avestan scripts.