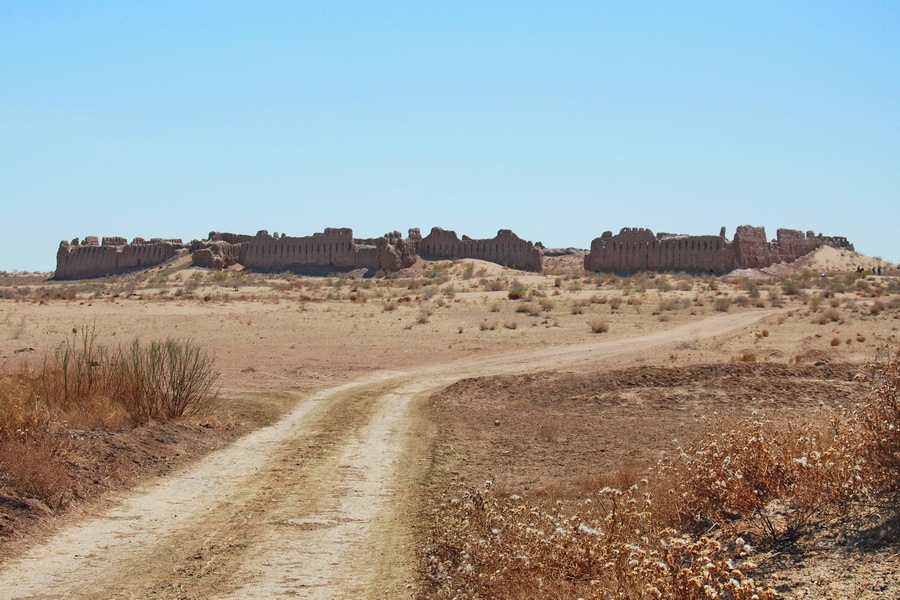 Janbas-Kala settlement in Uzbekistan is one of the most stunning examples of the advanced architecture of the ancient Khorezmians which has survived to our day. Located in Ellik Kala Region of Karakalpakstan, the ancient settlement was preserved from the elements by the dunes of the Kyzylkum Desert, which buried the fortress under its sands for some two millennia.

In the late 1940s, famous Soviet archaeologist Sergei Pavlovich Tolstoy was the first researcher to uncover the secret of Janbas-Kala Fortress. Under his experienced leadership, his archaeological expedition to Khorezm managed to establish that Janbas-Kala was founded in the 4th-5th centuries BC and was occupied until the early 2nd century AD. This era in Ancient Khorezm was dominated by Zoroastrian belief and is commonly divided between the Kanguy and Kushan Empires. 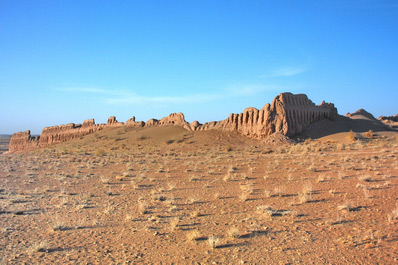 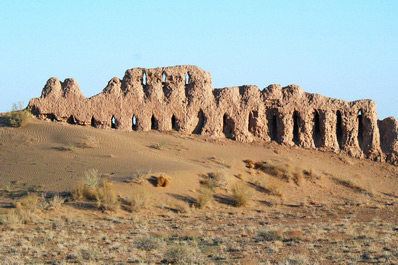 Janbas-Kala was built in a rectangular shape which measured 200 x170 meters. The absence of towers which were typical for that time period makes the fortress a highly unusual find. In place of towers, special niches built along the entire length of the walls allowed archers to attack the enemy from any point within the fort. Another distinctive feature of Janbas Kala was the construction of a gateway which would funnel the enemy into a narrow corridor, allowing the archers to significantly increase their aim and accuracy. Janbas-Kala settlement was further surrounded by double walls up to 10 meters high and 1-1.5 meters wide. Thus, if the enemy were successful in breaching the first defensive wall, they would be met by a hail of arrows at the second inner barrier. All these details clearly illustrate the strategic military function of the fortress.

The inner quarters of Janbas-Kala were no less sophisticated, and according to historians around 2,000 people could have resided here. A central street divided the city into two halves, with many homes, fragments of ceramics, beads and household utensils found along this track. On a hill at the southern gate there was likely a temple for fire worship, as indicated by a large accumulation of ash found in one corner of the building. 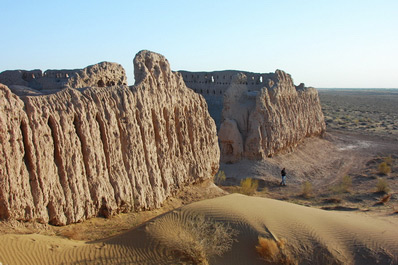 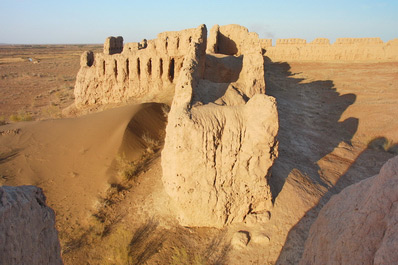 The settlement of Janbas-Kala successfully coped with its military mission for 5 centuries, but in the 1st century AD the fortress fell under the onslaught of a huge army of nomads who managed to seize the fort by smashing through the walls with the help of a battering ram. Numerous arrowheads and weapon fragments found at the site where the wall was breached have made it possible to recreate the battle scene and the tragedy which befell its defenders. The fate of the survivors has never been determined, but it is believed that they were taken into slavery and the fortress left uninhabited for centuries.

Despite its tragic end, the ruins and artificats of Janbas-Kala Fortress testify to its past greatness while providing an invaluable glimpse into ancient Khorezm.