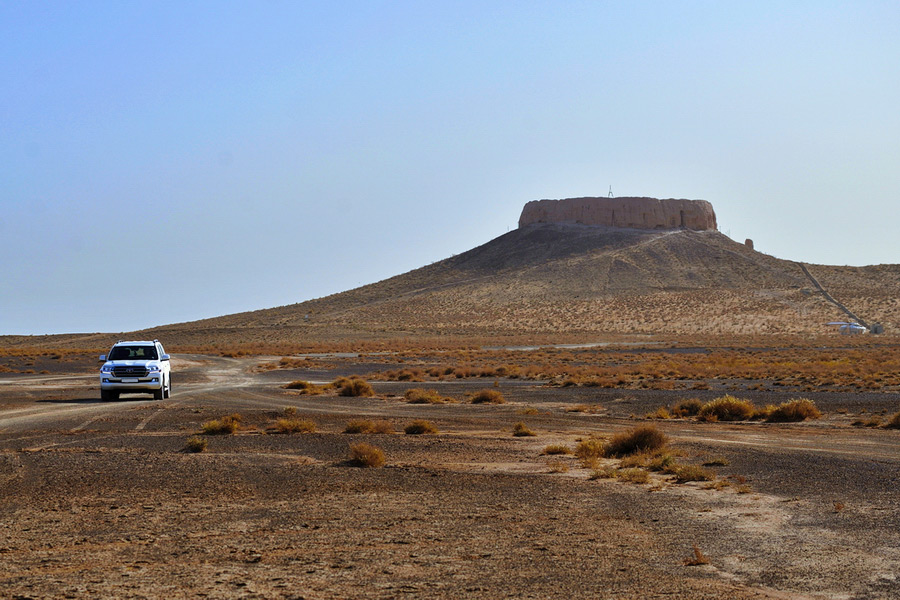 Chilpyk Dakhma is a Tower of Silence in Karakalpakstan, Uzbekistan which was built by Zoroastrian worshippers more than 2,000 years ago. Although at first glance this impressively round structure resembles an ancient fortress, in all likelihood it was actually a religious dakhma, or "tower of silence" where dead bodies would be temporarily laid to rest.

This intriguing monument to ancient Zoroastrianism, which served as the dominant religion in pre-Islamic Uzbekistan, was discovered in 1940 by an expedition led by Soviet archaeologist and ethnographer Sergey Pavlovich Tolstov. Although much has been ascertained about the tower since that time, the origin of its name has yet to be determined. Some believe that it is merely an alliteration, while others have suggested it could be an onomatopoeia for the lapping of the waves of the nearby Amu Darya River. Another plausible theory is that its name is derived from Persian, in which case “Chilpyk” would be translated as "Forty Righteous Men".

Chilpyk Tower stands 15 meters tall and 80 meters in diameter atop a 35-meter-high, naturally conical hill. At the base, its walls are 5 meters thick, while at the top they narrow to 2-3 meters. The circular structure is made of clay brick typical for that time period and has one entrance on the northwest side. Previously, the tower could be accessed by a 20-meter-long staircase cut directly into the hill or by a crossing which led in the direction of the Amu Darya River. 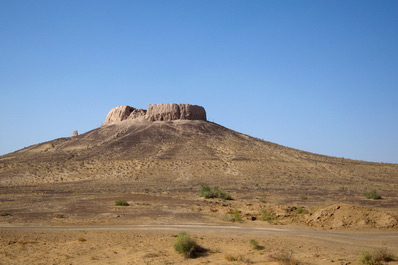 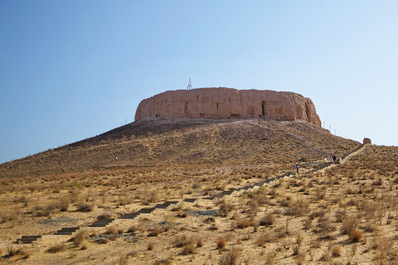 The Tower of Silence was rebuilt twice, first in the 7th-8th centuries after the arrival of the Arabs, and later in the 9th-10th centuries while ancient Khorezm was in its zenith. Some researchers have speculated that Chilpyk Dakhma was used for defensive purposes during the reign of the Khorezmshahs, yet this theory is unlikely due to the absence of turrets, arrow slits or lodging quarters in the structure.

Amazingly, there is no trace of human habitation at Chilpyk Dakhma. The Tower of Silence is only vaguely similar to Ayaz-Kala citadel and does not resemble any of the other fortresses of ancient Khorezm, which are collectively known as Ellik Qala.

Thanks to ossuaries found both near and inside Chilpyk Dakhma, it can be surmised that the structure was used for performing burial rites. The bodies would be laid on sufahs (slabs) and left to the elements. This aligns with Zoroastrian belief, which held that desecrating nature through the burial of dead bodies was a great sin. As the dead could be neither burned nor buried, the bodies were carried to a high place and abandoned in complete silence. Much later, the bones were collected in ossuaries which were either buried in the ground or stored in special vaults called naus, a burial method which is described in the Avesta and in the writings of Herodotus.

A valued monument in ancient Karakalpakstan, Chilpyk Dakhma is depicted on the coat of arms of this semiautonomous region. Legends and superstitions have also been woven around the unusual tower. According to one, a princess who fell in love with her slave was able to escape her father's wrath by fleeing to the tower. Yet another story claims that the Tower of Silence was built by a hero named Chilpyk, while the hill on which it stands was formed from clay that fell from the hands of a giant. 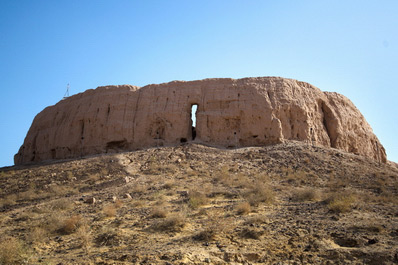 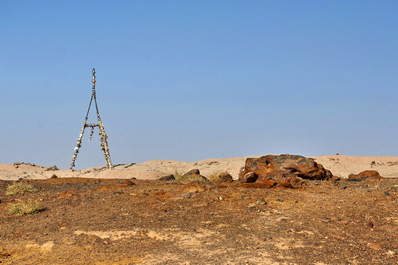 Visitors to the site will notice a large tripod installed on Chilpyk Dakhma in order to indicate the highest point on the mound. Local residents believe that if you tie a ribbon to the marker and make a wish, it will certainly come true, and thus the tripod is bound with countless scraps of cloth.

Karakalpakstan’s Chilpyk Dakhma is located 45 kilometers south of the city of Nukus along the highway to Turtkul. It is an excellent place to watch the sun rise, photograph the Amu Darya River and survey the vast expanse of desert which flanks the tower. Be sure to pack food and water for your visit to Chilpyk Dakhma, as the area is very desolate. We highly recommend that you visit in the morning to avoid the hot desert sun in the heat of the day.

Although mystery still engulfs Uzbekistan’s forlorn Tower of Silence, ascending to the top will inevitably draw you back into antiquity as it fills you with a sense of wonder at the traditions of a long-vanished people.