Sitorai Mokhi-Khosa Palace in Bukhara, a former residence of local emirs, is the city’s most striking example of the synthesis of Uzbek and European culture.

Bukhara experienced an economic and cultural upsurge in the late 19th and early 20th centuries which coincided with an increased interest in European art. As a result, artistic objects containing patterns and drawings new to the East began to crop up in the land, including fabrics, porcelain and European publications which served as sources for new information. Under this European influence, a new artistic style combining Western and Eastern motifs developed in the land, becoming particularly prominent in the field of architecture. 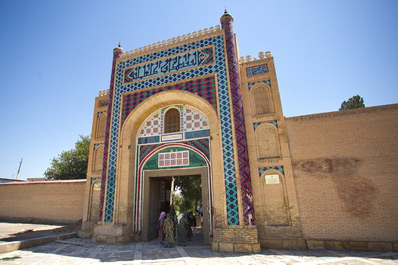 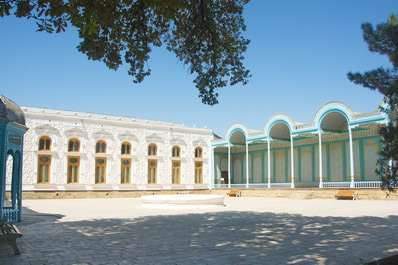 One of the most striking examples of this synthesis of East and West is the summer residence of the Bukharan emirs, Sitorai Mokhi-Khosa Palace. Construction of the palace began in the 19th century during the rule of Abdullahad Khan, at which time a delegation of Bukharan architects was sent to St. Petersburg and Yalta to get acquainted with new forms of architecture.

Construction continued from 1911-1918 under the last Emir of Bukhara, Mir Sayyid Alimkhan. Famous Bukharan craftsmen and Russian engineers were involved in the construction of the "Palace Between the Stars and the Moon", whose architecture, decor and layout harmoniously combine European tradition with the local inclination towards monumental and decorative art.

The palace, like most traditional Bukharan homes, was divided into separate sections for men and women. The ornate reception rooms reflect the Uzbek custom of receiving guests in the most beautiful room of the house, a practice still observed today. 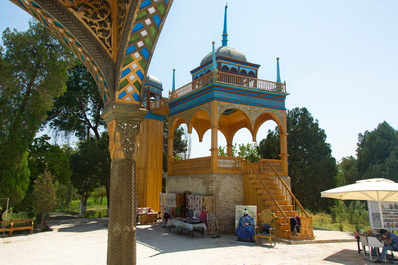 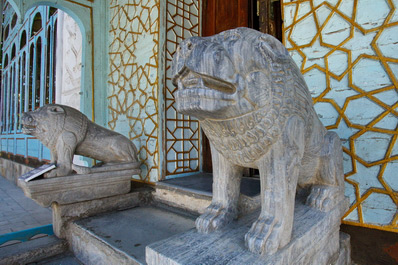 The famous "White Hall" of Bukhara’s emir palace was built under the supervision of renowned architect Shirin Muradov. Thirty craftsmen worked for two years on its ornamentation, which included delicate ganch carvings, paintings and countless mirrors that created a unique effect reminiscent of a fairy tale world.

The summer tearoom is another unique display of craftsmanship. Unlike other rooms of the palace, which are decorated with plant and floral patterns, the tearoom is adorned with multi-colored geometric designs and colored glass. 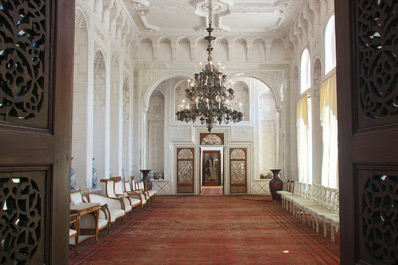 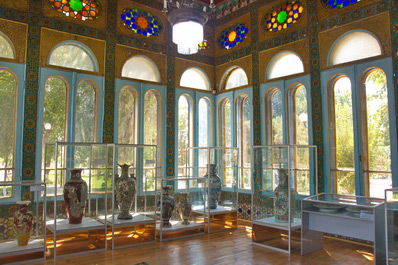 The convergence of East and West is felt at every step in the Bukhara palace. Paradise gardens lie near Venetian mirrors, and European furniture can be seen next to traditional cupboards. Even the rays of sunlight at dawn contrast with the light from massive chandeliers at night.

The emirs of Bukhara, like their European counterparts, appreciated the solitude and serenity of nature, and thus the palace was built roughly five kilometers from the Ark of Bukhara, the city’s main hub.  The palace grounds included a beautiful garden and a pool where royalty could find shelter from the scorching Bukhara sun during hot summer days.

Today, Sitorai Mokhi-Khosa Palace in Bukhara also includes a museum of decorative and applied arts where visitors can become acquainted with the history of Bukhara and the life of the palace’s royal inhabitants. 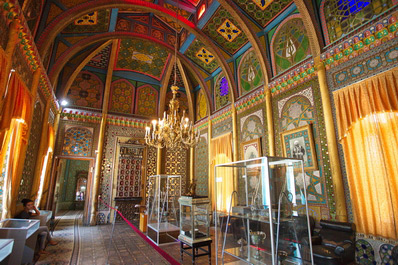 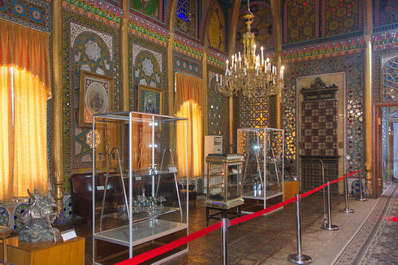