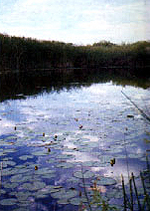 Uralsk, an ancient town in Northwestern Kazakhstan, was founded in 1613-1622 on the European bank of the Ural River, under the name of Yaitsky. Yaitsky town was founded as one of the military posts which were created to guard the borders of the Russian Empire from nomadic raids. A river full of fish, beautiful damp meadows and fertile soil attracted the Kazaks. The ancient part of the town is called "kurenei".

The industry of Uralsk is closely connected with the refining of agricultural raw materials. Here is the largest tannery and felt factory in Kazakhstan, the fourth largest meat processing factory in Kazakhstan, and one of the largest flour milling and cereal factories in the CIS. Also, the metal refining industry is developing. There are many interesting memorials and invaluable properties such as: the building of the former Russian-Kazakh school (which now is a museum of historical and regional studies); and the architectural monuments of the 18th century: the Mikhailo-Arkhangelsky Cathedral (built in 1751), a witness to the Peasant's war of 1773-1775, under the leadership of E. Pugachev.

The temple of Christ the Savior - an architectural monument of the 19th century; the building of the soldier's school, where the leaders of the western section of Alash Orda Khalel and Zhansha Dosmukhamedov studied. Studying the history of the town, one can often hear the words "ancient Kazakh" theatre, museum, library, school, etc. In the chronicle of the town are written such names as: Krylov I. A., Pushkin A. S., Zhukovsky V. A., Dal V. A., Shevchenko T. G., Makhambet Utemisov, Plesheev A. N., Tolstoi L. N., Korolenko V. G., Saken Seifulin, Sabit Mukanov, Pravdukhin V. P., Gabdola Tukai, Sholokhov M. A., and others.

West Kazakhstan District is situated in the northwest of the republic, on a territory of 151.2 thousand sq km. Its maximum length from west to east is 585km, and from north to south, 425km. It borders the Orenburgskaya, Saratovskaya, Volgogradskaya, Astrakhanskaya (Russian Federation), Atyrauskaya, Mangystauskaya, and Aktubinskaya districts. The Ural River flows from the north to the south of the district. Shalkar Lake (total territory: 210 sq km) is situated 30km east of the Ural River. Straddling the border of Europe and Asia, here occurred historical events such as: the rebellion led by Pugachev, the national liberation rebellion led by S. Datov in 1783-1797, and the movement of Kazakh peasants against feudal exploitation and the colonial yoke of tsarism led by Isatai Taimanov and Makhambet Utemisov (1836-1838). Uralsk was the closest rear unit of the Stalingrad front in 1942-1943. In 1801, the Bukeev khanate was founded in Uralsk.

The Ural area is the Motherland of great composers such as: Kurmangazy, Dauletkerei, Mukhit, and Dina, and of such great singers as: Khadisha Bukeeva, Roza Dzhamanova, and Garifulla Kurmangaliev; of great poets and writers such as: Khamza Esenzhanov, Tair Zharokov, and Kadyr Myrzaliev; of the first woman to be conferred with the title of Hero of the Soviet Union, Manshuk Mametova. Ural today is one of the major industrial and cultural centers of the Republic of Kazakhstan. The rich history of the district, on the border of the European and Asian parts of the continent, has great potential to provide hospitality to guests who pay a visit to wonderful Uralsk, and the vast steppe; to contemplate the smooth sea of Shalkar Lake; to study the monuments of ancient history and culture and distinctive architecture. Nature. Shalkar Lake is situated in the territory of Uralsk, the total area of which is 242 sq km. Its depth is 12m, and its the water is salty. Two mountains, Santas and Sosai (94m), surround the lake. There are more than 238 species of plants on Sosai Mountain.

Petropavlovsk was founded in 1752 on the banks of the Ishim as the main fortress of Peter and Pavel on the Newishim line of Russian military consolidation. In 1807, the fortress was renamed Petrapavlovsk. In 1894, Petrapavlovsk became the largest junction in the district with the building of the Trans-siberian rail line. Today, Petropavlovsk is an important industrial and cultural center and the largest rail junction in the country.