Eastern Kazakhstan shelters one of the most surprising corners of Kazakhstan - the Markakol National Reserve. Lake Markakol is justly called the pearl of this area. It lies in a hollow, blocked by the Kuchum Ridge in the north and by the Azutau Ridge in the south. The lake is 38 km long, 19 km wide and 27m deep. It is fed by 27 rivers, but only the Kalzhir River flows out of the lake. The water in Lake Markakol is fresh and very soft, but its main wealth is uskuch - a fish from the salmon family.

Lake Markakol is the only habitat of this fish in Kazakhstan. The picturesque rocky slopes of the mountains are covered predominantly by larch and less frequently by silver fir forests. The sub-alpine meadows are rich in herbs and rare medicinal plants (golden and maral root, hedysarum, bergenia and others). The fauna of the reserve is rich and diverse. Forests abound in brown bear, elk, foxes, lynx, marals (Siberian deer), gluttons, sable, weasel, falcon, blackcock, red wolf, black stork, silvery seagull and many others. 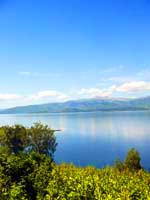 It is located within 3 hours' journey of Marble Pass, driving 60 km on a gravel road (driving speed is approximately 20-30 km/h).

We arrive at Urunkhanka settlement, located on the lakeside. Settlement architecture consists of log houses, likely exotic to the European tourist. Settlement dwellers are descended from migrant Old Believers. Some families here are descendants of Estonian forced immigrants. Travelers have the option to stay in guesthouses or yurt camps.

Mountanious lake Marcacol is the most beautiful lake in Eastern Kazakhstan and one of the most splendid in the Altai region. Reservation lands adjacent to it are also wonderful, in addition to the lake itself. The pride of the Marcacol Reserve is not only this lake but also the taiga forests, transparent mountain rivers, and pure springs. The animal and plant life of this part of our Republic is diverse and rich. 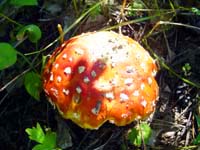 Marcacol is one of the largest lakes in the Altai: 38 km in length and 19 km in width. The area of the lake amounts to 455 square km. It is located in an intermountain trough between the Kurchumskiy mountain range in the north and the Azutau in the south. Over 70 rivers and streams flow into Marcacol, but only one flows out - the Kalzhyr.

Marcacol lake is located at a height of 1,447 meters above sea level. Northwards, a splendid panorama of the Sarymsakty mountain range with snow-white tops - Berkutaul (3,373m, from Kazakh "Eagle's nest") and Aksubas (3,308m, from Kazakh "head of white water") - opens from the lakeside. The lake is famous for its exclusively clear water and abundance of uskuch - a local sort of Siberian lenok (Brachimistax lenok) and umber (Thimallus arcticus). These sorts of fish are native and can be found nowhere except Marcacol Lake. Late in autumn and early in winter there is excellent fishing for lenok, uskuch and umber.

The list of Marcacol reserve flora comprises about 900 species of higher plants.

The animal population of the Marcacol reserve comprises 4 species of reptiles, 2 species of amphibians, 255 species of birds and 58 species of mammals.

A trip to the cool and sometimes severe high mountain lake will seem to be a pleasant gift after the sultry and dry Zaisan hollow.

The territory, which includes the Marcacol nature reserve and distant Katon-Karagaisky State National Nature Park, form part of the key territory of the projects of International Programs such as the GEF/UNDP, WWF, NABU and GTZ organizations on the preservation of the biological diversity of the Altai-Sayansky eco-region.

Not far from the settlement is a bee farm which represent an interesting tourist attraction, where tea mixed with Altai honey can be enjoyed.