Kyrgyzstan. Discover its beautiful picturesque landscapes and nature, its magnificent mountains and lakes!

Let us introduce you Kyrgyzstan - the land where dreams come true and the voice of waterfalls along with tender purling whisper of rivers will call you here again and again… Where sun tells the fables and night explodes by the falling stars that fulfill all your wishes.

We'll tell you the "fairy tale". The "fairy tale" about a magic country, which name is Kyrgyzstan. It's a beautiful mountainous country, amazing by its virgin nature, original culture and unprecedented hospitality. Kyrgyzstan is like sounds of komuz and trim yurt, laugh of children and clinking silence of glaciers. It's a country of contrasts. We could eternally sing about it, but everything sounds better if you hear it yourself…

We really can help you to learn our country, its original culture and history, to enjoy its unusual, charming nature and to get acquainted with its hospitable and friendly people. We would like to introduce you a traditional routes like treks, coach, biking or horse tours so exotic season programs: quest for the snow leopard, country of gigantic birds, falconry. For the acute sensations fanciers we offer ascents of 7, 6, 5, 4-thousand meters, heli-ski, paragliding, rafting and other.

We have worked out the tours for beginners and for the experienced travelers, for young and for elderly people, for students and for V.I.P. persons, for people with different level of income. People who like trekking will explore beautiful places: reserves and natural parks, historical and architectural monuments. They will make an acquaintance with nomadic life of Kyrgyz people, and will live in their dwellings - yurts. That's the really amazing adventure. For people who like hunting we can offer some unusual and unique tours.

Kyrgyzstan in combination with neighboring countries - Kazakhstan, Uzbekistan and China will give you a lot of wonderful impressions. Ancient cities of Uzbekistan, steppes, deserts and history of Kazakhstan, powerful culture of China and astonishing nature - alpine lakes, snow tops and flourishing gorges of Kyrgyzstan… We will show it if you take a trip along the Great Silk Road.

We will be happy to help you to explore a lot of new and interesting things. Let us do all the formalities. We are waiting for you in Kyrgyzstan.

The territory of Kyrgyzstan is almost entirely mountainous, making it a perfect destination for many different kinds of trekking. Kyrgyzstan's mountains also boast many natural hot springs, and Lake Issyk-Kul, the second largest alpine lake in the world (after Lake Titicaca) offers many beautiful beaches for relaxing and swimming during the summer.

Kyrgyzstan is made up of seven different regions, Chui, where the capital, Bishkek, is located, Talas, Issyk-Kul, Naryn, Jalal-Abad, Osh and Batken. Culturally, Chui and Issyk-Kul are by far the most Russified areas of the country. Naryn and Talas contain the most traditionally Kyrgyz populations, while Jalal-Abad, Osh and Batken enjoy a strong Uzbek influence on both their culture and language.

The most prominent local languages are Russian and Kyrgyz, with a smattering of Kazakh spoken in the North, while in the South it is common to hear Uzbek, or Kyrgyz-Uzbek creole. Kyrgyz-Russian creole is also extremely common in the Northern provinces especially, but in the country as a whole. Most locals, if they study a foreign language, study English. A few are familiar with German or French, but a reliable English-speaker can be found in most large towns.

Bishkek is the capital, the heart and soul of the Kyrgyz Republic, as well as its political, economic, scientific and cultural center and main transportation hub. Its territory measures 160 sq km, with a population of about 1 million. Bishkek is situated in the center of the Chu valley, at the foot of snow capped Kyrgyz mountains of the Ala-Too range, 750 meters above sea level.

The city's main feature is strict street planning, in which streets only intersect at right angles to each other. Its streets are lined with trees and shrubs of 150 varieties.

As a center of international tourism in Kyrgyzstan, Bishkek offers many sights for visitors. The main and favorite place to rest and walk for travelers and guests of the capital is the center of Bishkek, where a great many museums, galleries, shops, parks, public gardens, squares, restaurants and cafes are located.

Oak park is one of the favorite places for citizens to relax, where it is always cool under the dense crowns of trees, and cute and frisky squirrels scurry on the ground. Oak park is kind of open air sculptural museum. Sculptures made of stone, iron and wood are placed one by one and in groups along the park's alleys, paths and lawns.

"Bishkek open exhibition" which adjoins oak park, is the main gallery of Erkindik Boulevard, where one can admire the works of local painters and craftsmen. Behind the gallery is the main square of the country, Ala-Too Square. The Government House, made of white marble, is also located there.

The square is decorated with fountains; there is also a stage where mass concerts and dances are held. It is also the mst common place for military parades, demonstrations, celebrations and festivals.
The capital's art shops offer foreign guests a variety of souvenirs and handicrarts made in such large organizations as Kyal, NGO Zengi-Baba, Altyn-Beshik and Shaarbek, which regularly organize exhibitions and fairs of souvenirs and handicrafts on the squares of the city.
Bishkek can be proud of its national, ethnographic attraction, the historical complex of national hero, Manas Aiyly and tourist complex "Kyrgyz Aiyly". Kyrgyz Aiyly is an ancient history of our capital, where national yurts are set up, reflecting the history, culture and lifestyle of the Kyrgyz people. Here, visitors can relax in yurts, become acquainted with the applied arts of nomadic people, get a feel for the national traditions, and try Kyrgyz cuisine and fresh kumis.

The Eastern bazaar is one of the most colorful sights of Bishkek, as in any other Central Asian city, where in any season a variety of fruits and goods from all over the world is on offer. Bishkek is a center of the national culture of Kyrgyzstan, and the place where the Republic's supreme elected bodies, foreign embassies and representations, and mosques and Orthodox cathedrals are located. There are representative offices of many large international companies in the city.

Along with its unique nature, Kyrgyzstan is of interest to foreigners for its history. More than five thousand historic and cultural monuments from ancient times have been found on the territory of the Republic. Priceless preservers of ancient culture are of great intellectual importance, including cave dwellings of primitive humans and runic writings on stones, wonderful petroglyphs and stone sculptures, ruins of antique settlers and medieval castles, which impress all with their rationality and high level of mastery. The Great Silk Route passed through the territory of contemporary Kyrgystan, and along the Route settlers and caravansarais appeared; their ruins can be visited today.

The biggest and the most important archeological and architectural monuments are: Suleiman-mountain, Uzgen architectural complex, tower of Burana, Shakh-Fazil mausoleum, and caravansarai Tash-Rabat. Nobody will remain unimpressed after having a look at these historic monuments. Contemporary architecture is represented by architectural ensembles in the cities. Wonderful public buildings, apartments, industrial buildings, squares and parks have been built for the people, in the name of the people. Original architectural design and use of national traditions represent the unique character of Kyrgyzstan's cities. Guests of the Republic can familiarize themselves with the unique culture of the Kyrgyz and their interesting customs and traditions, try national dishes and purchase the famous souvenirs of the amateur folk-art industry.

Travelers will enjoy sightseeing both in the south and north parts of the Republic. There are many historical monuments which are worth seeing around Lake Issyk-Kul. The city of Karakol (earlier named Przhevalsk) is really an open air museum. A Mosque which was built without a single nail, a Russian Orthodox Church, and a Buddhist temple are the most famous sights of the city.

Bishkek has many historical monuments from the pre-Revolutionary and Soviet periods, as well as modern architectural examples.

Recreational tourism
Over 90% of Kyrgyzstan lies above 1,500 m with unspoiled countryside and the primordial beauty of towering mountains, which give Kyrgyzstan more than 28 thousand rivulets, sparkling streams and crystal clear brooks. There are 1,923 large and small lakes in the Republic but the largest and best known is Issyk-Kul Lake.

Cultural & Eco-Tourism
Kyrgyzstan is one of the last few unpolluted places on our planet that along with its beautiful alpine scenery has preserved its nomadic traditions, rich heritage and cultural continuity that date back many thousand of years. The ecological wealth and diversity and the cultural heritage of Kyrgyzstan are suited to understanding man's relationship with nature. Living in a mainly mountainous country, the Kyrgyz people have always moved great distances according to a way of life requiring seasonal migrations.

Located on the Great Silk Road Kyrgyzstan has always been a crossroads of trade and cultural exchanges between China, Iran, India and the Arabian Sea and has become home for more than 80 nationalities and ethnic communities, including Kyrgyz, Russians, Ukrainians, Uzbeks, Germans, Tatars, Kazakhs, Uigurs and Tajiks. As a multinational state Kyrgyzstan has a rich variety of languages, literature, folklore, arts, crafts, customs and communities that lend colour and variety to Kyrgyz culture. The Kyrgyz Republic firmly upholds the equality of all communities; the official languages are Russian and Kyrgyz, yet Russian is the common language of all the various groups.

Business Tourism
Kyrgyzstan has number of good hotels with all necessary facilities and comfort in Bishkek (Hyatt, Golden Dragon, Ak-Keme, Silk Road Lodge and others) and the Issyk-Kul region (Raduga, Aurora and others), where conferences, presentations etc. can be organized.

Sport tours
This block of tours includes an active tourism like the high-altitude ascents to the 7 thousands summits, climbing, biking tours along the crystal clear mountain lake Issyk-Kul, motor-tours, horseback-riding through the high passes and Alpine meadows, you will ride across virgin natural landscapes of Tien-Shan high mountainous area covered with edelweiss's, primulas, high mountainous roses and tulips. Also we provide the travel opportunities for adventure tours and trekking expeditions around Kyrgyzstan.

Nature and wildlife tours
During the tours you will explore the natural variety and beauty of Kyrgyzstan. You may also make pictures of wild birds and animals and fascinating landscapes.
This route will give you the rare possibility to explore the uniquely beautiful Issyk-Kul and Naryn, together with affected severity of Central Tien-Shan, which suddenly opens with delightful lakes Issyk-Kul and Son-Kul.

Issyk-Kul
Is the world second largest mountain lake, the largest being Lake Titicaca in South America, and is first in terms of depth and volume of water. And it lies at 1,608 m. above sea level. Issyk-Kul is unique in that dozens of rivers fall into it but none flows out. The wooded mountain slopes around it are populated by wolves and bears, graceful gazelles and magnificent elks.
The lake's water is famous for its curative properties, and some of its springs contain mineral substances that have unique medicinal value. As a health resort Issyk-Kul ranks among such well-known health-building areas as the Crimea, the Caucasus and the Baltic region. The waters of Issyk-Kul remain unbelievably blue against the snowy peaks of the Ala-Too Mountains. Issyk-Kul remains the one of nature's wonders, the "Pearl of the Ala-Too" the Kyrgyz Mountains.

Caving Tourism
Kyrgyzstan is rich in caves and grottos scattered throughout the Republic, many of which are easily accessible and they attract a number of speleologists, potholers or cavers, but unlike in other parts of the world, they have not yet been developed as tourist attractions.

Ornithological Tourism
In Kyrgyzstan there are 335 species of birds, which makes it a must for ornithological tours. 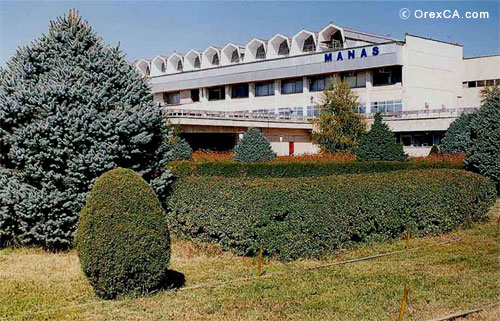 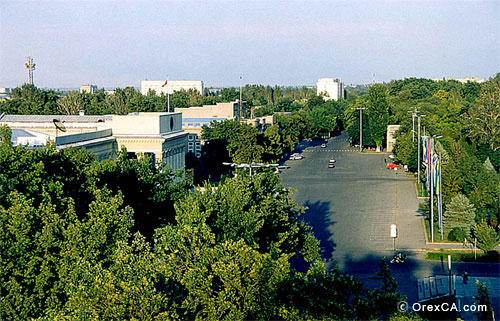 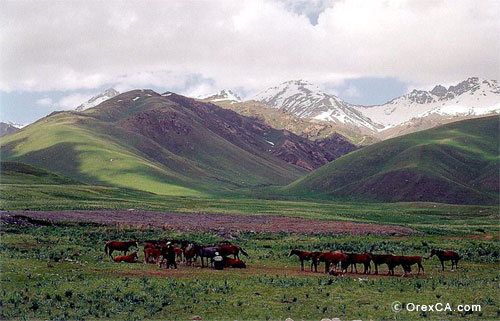 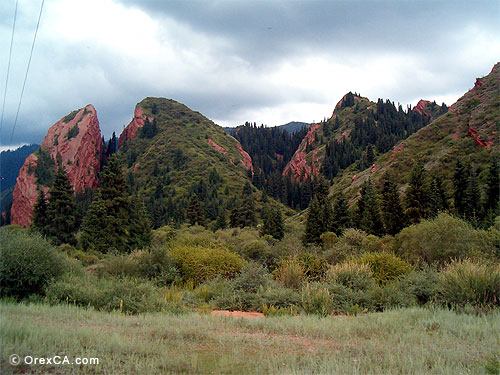 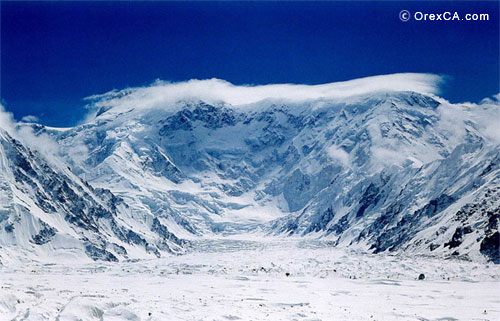 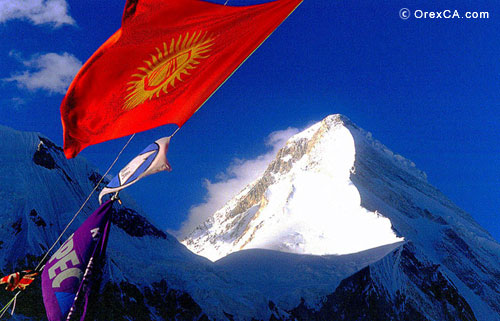 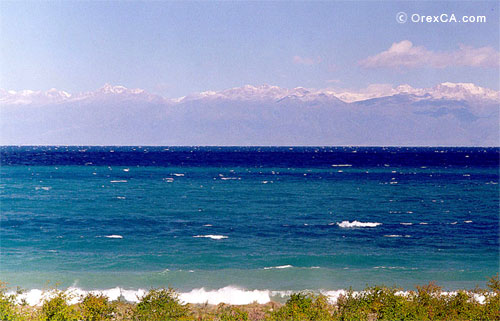 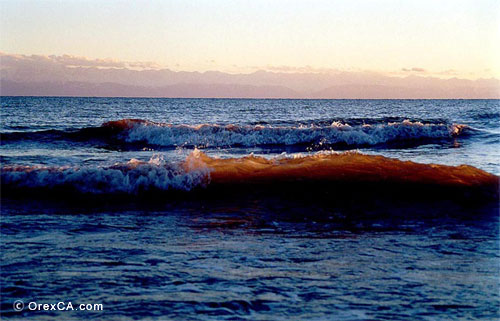 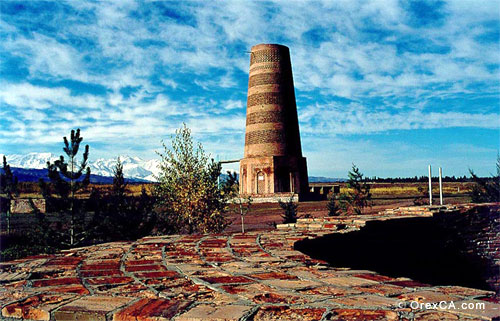 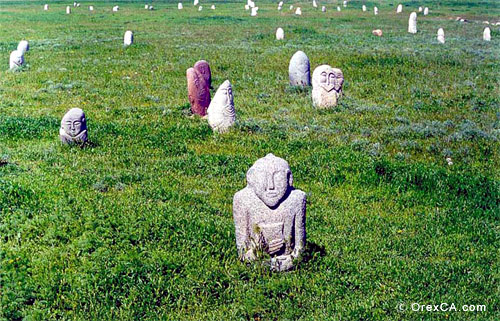 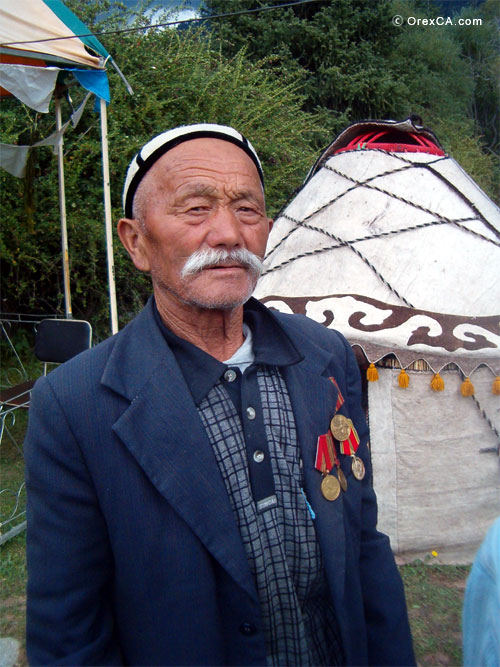 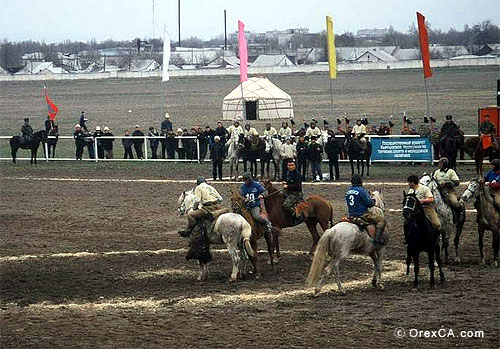