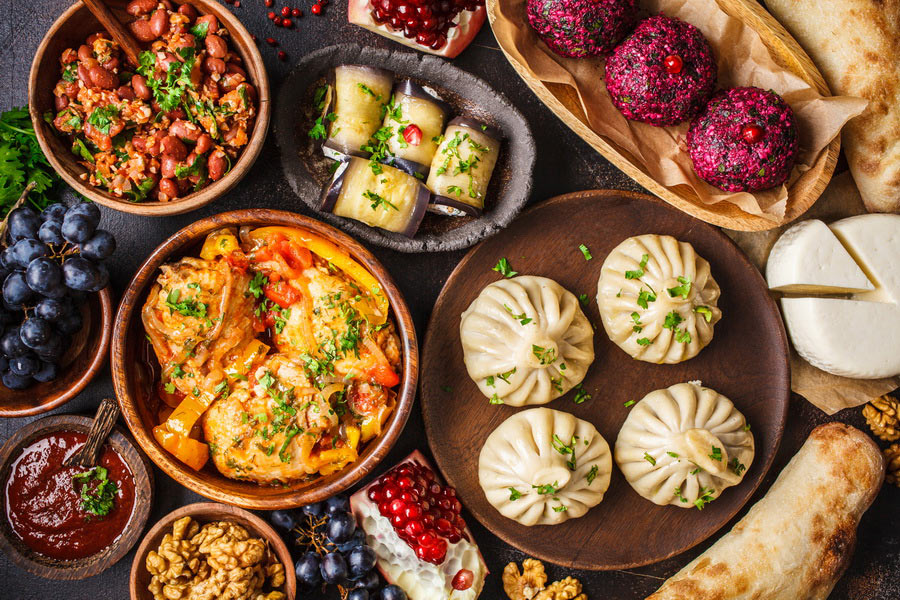 Authentic and unique Georgian cuisine is nothing short of a vivid, appetizing representation of the country’s rich culture and long history.  For centuries Georgian dishes remained a gem hidden from much of the world, but with Georgia now attracting millions of international travelers each year, local dishes such as khachapuri, khinkali and satsivi have been discovered and recognized for the edible masterpieces that they are. According to numerous historians, Georgian cuisine is as old as the country itself, and any list of dishes from the Caucasus is likely to be dominated by Georgian fare. Long an integral part of culture and daily life, Georgia’s food has been continually improving and evolving over the ages as elements from neighboring cuisines are adopted and altered to suit the Georgian palate.

Georgian culinary culture is strongly connected with the phenomenon of the Georgian supra, or feast. More than just food, supra is a social culture of communication around one table, the supra. Essentials elements of a supra include a tamada (a toastmaster and leader of the supra), wine and traditional dishes. For Georgians, the supra has long been a way for expressing emotions and thoughts and a favorite way for sharing in each other’s joys and sorrows.  As the supra has been a widely observed tradition for centuries, traditional dishes have been cooked regularly in each family and, as a result, ancient recipes have been well preserved. 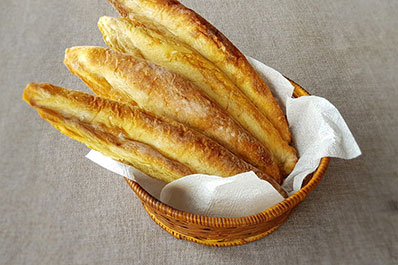 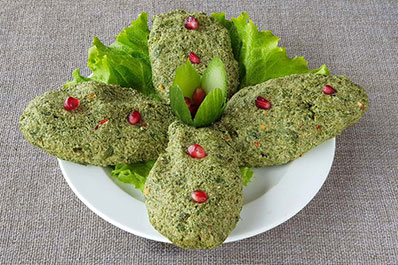 Georgian cuisine is very diverse, with each region of the country famous for a signature dish. Furthermore, the same meal is often cooked differently in various regions. The most obvious distinction in Georgian cuisine is found between cuisines of eastern and western Georgia. Eastern cuisine is characterized by meat dishes (mainly pork, beef and mutton), white bread and animal fat, while the westerners use more poultry, corn flour, nuts, vegetables and sauces. Such a plethora of dishes ensures that all kinds of dietary preferences are satisfied.

Georgian cuisine recipes are a great representation of the saying “Everything ingenious is simple”. From ancient times Georgians have been occupied with both agriculture and animal husbandry and harmoniously mixing products from both industries into their cooking. For example, one of the most famous Georgian dishes is the traditional cheese-filled bread known as khachapuri. Georgian food would not be complete without this rich dish which employs the main ingredients of white flour, a product of wheat and agriculture, and cheeses, a product of cow’s milk and animal husbandry.

Georgian pork dishes are abundant, and grilling meat on the skewer is one of the tastiest and most common ways of enjoying the pork flavor. Local kebabs or mtsvadi are typically made of pork or veal. Mtsvadi is usually grilled only with the salted fresh meat, with no extra marinades or spices, allowing people to enjoy the natural taste of the meat.

Compared to other countries in the region, Georgians rarely use mutton when grilling. Mutton lovers can take heart, however, for Georgian cuisine offers the mouthwatering chaqapuli, a mutton stew with fresh cherry plums and tarragon which hails from the Kakheti region of Georgia. 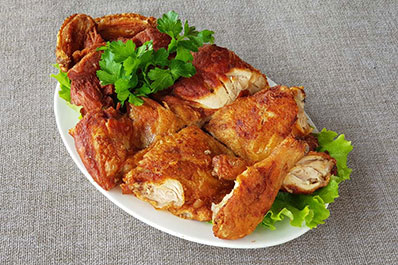 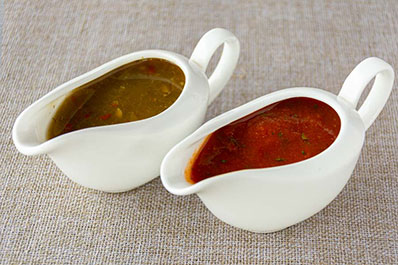 Speaking of Kakheti, the region is most famous as the cradle of Georgian winemaking, for nowhere else in Georgia is so much wine produced. Kakheti’s status as the country’s wine cradle cannot be underestimated, for Georgia lays claim to more than 500 types of wine, and local cuisine without wine is unimaginable. Wine always complements the delicate flavors of the food and infuses even more life into each aroma. Needless to say, true gourmets can find appropriate wine for almost every kind of dish.

One of the few dishes eaten by Georgians without wine is the local meat dumpling khinkali, a Georgian food originally prepared in the mountainous northern part of the country. Khinkali differ from other meat dumplings around the world with their round, wrinkly shape which symbolizes the sun. (In the pagan culture of the Georgian highlanders, the sun was one of the most important symbols). Khinkali may be stuffed with pork, beef, cheeses, potatoes or lamb and is always served hot. Locals often drink beer or homemade jipitauri vodka with khinkali and always eat the dumplings with their hands.

For a refreshing cold dish, try the Georgian satsivi. Even the word “tsivi” from which the dish’s name was derived, means “cold” in the Georgian language. Satsivi is a thick sauce of walnuts and spices mixed with fried turkey or chicken. According to many culinary experts, satsivi is the most sophisticated dish on the Georgian menu, which perhaps explains why it’s traditionally cooked during Christmas or other significant holidays. 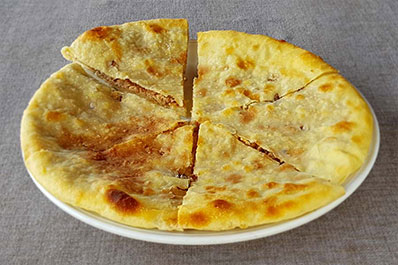 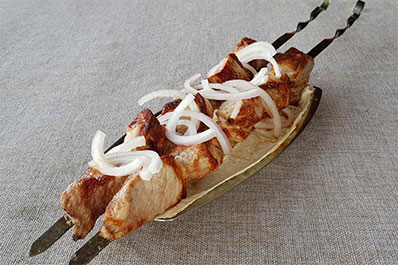 Satsivi is not the only dish where Georgians use magical combinations of local spices and walnuts. One of the most common appetizers in Georgia is pkhali, a filling of ground walnuts and spices that is usually wrapped in cooked eggplant or paprika. Badrijani, Georgian food at its finest, is a similar concoction consisting of a savory walnut paste stuffed into fried eggplant.

No description of Georgian cuisine would be complete without due mention of local snacks and sweets. Nuts are probably the most universally used product in Georgian cuisine, and traditional snacks and sweets are no exception. Georgians’ favorite snack, churchkhela, is made by beading nuts on a thread and immersing them in boiled grape juice thickened with wheat flour. After the mixture has dried, it takes on a candle-like shape. The delicious churchkhela was initially invented as food for soldiers during military expeditions due to its high calorie content and ability to be easily transported and stored for a long time.

To complete this brief introduction of Georgian cuisine on a sweet note, mention should be made of gozinaki, a traditional Georgian dessert of pan-fried walnuts and honey, beloved by children and served at New Year. According to custom, after consuming the New Year feast Georgians will indulge in this dessert as they wish one another a life as sweet as gozinaki.