A brief history. Legends of Bishkek

Late Stone age implements have been found in the Alamedin valley. Bronze age artifacts have been found within the city boundaries and there is archaeological evidence of early settlement in the area was by: the Saks (also known as Scythians) - an iron age nomadic people herding livestock; the Usans - who combined nomadic herding with settled agriculture; the Turks - arriving from Siberia, they beat the Huns in a battle at Talas and established a Khanate; the Sogd - based in Samarkand and Bukhara, the Sogdians were Indo-European traders and farmers whose cities became centers on the Great Silk Road; the Samanids - a sedentary Muslim people; the Karakhanids ("Black Khans") who established a capital at Balasugan (Burana - near Tokmok); and the Mongols and Tatars, under Genghis Khan and the Kyrgyz themselves - first mentioned in Chinese chronicles from the 2nd century BC, they arrived from the upper Yenisei River Valley (Russia) in the 10th century, and became firmly established in the region by the 15th century. 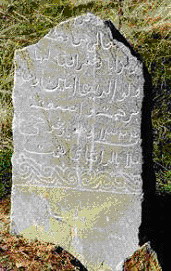 There have been four major settlements on the site that is now occupied by Bishkek: Jul - 6th-12th century; Pishpek - 1825-1926; Frunze - 1926-1991; Bishkek - 1991 to the present Jul was a Sogdian city on the Great Silk Road in the 6th-12th centuries. Although archaeological excavations have recovered a few artifacts, all traces of this city have now disappeared. A walled quadrangle, It occupied an area between the modern streets of Orozbekova, Leningradskaya and Kirova. A varied population included Zoroastrians, Buddhists, and Nestorian and Manichean Christians. The Mongols and Tatars under Genghis Khan later completely destroyed it.

Pishpek was one of 35 fortresses built in the region by the Khokand Khanate to extend control over the Chu valley. Built in 1825, it occupied approximately 250 sq. m. It had high clay walls and two concentric perimeters and contained living quarters, a guardhouse, armory, workshops, mosque and treasury. About 150 soldiers were garrisoned here, and hostages of the local population also lived here as a "peace pledge". A settlement grew up around the fortress, populated mainly by Sarts (Uzbeks). Conquered by a detachment of 600 Russians from Vernii (present day Almaty, Kazakhstan) in 1860 in a 7-day assault, it was abandoned, although a stronger fortress was later built by Kokand. In 1862, local Kyrgyz and Kazakh chiefs appealed for Russian aid in overthrowing Kokand domination and succeeded in destroying Pishpek once again.

According to local legend the commandant of the fortress was invited to a feast, whereafter he and his detachment were killed on their return journey. A siege began and with the help of 1,400 Russian troops from Vernii, the fortress finally fell after 10 days of savage combat. In 1864 the site became an important Cossack base and a regular relay point for the Imperial mail service. Increasing numbers of Russian settlers began to arrive, mostly freed serfs, who enjoyed tax breaks, cash incentives and free wood to help build new homes. At this time, the Russians administered the region from their base at Tokmok, but a flood in Tokmok in 1877 led to the adoption of a plan to develop Pishpek.

Army engineers planned a rectangular grid of streets, which survives to this day and was elaborated in the Soviet period. The city occupied the area between the modern streets of Jibek Joly, Togolok-Moldo, Engels and the Alamedin River - an area of about 5 sq. km. In the first official census in 1882, there were 2,135 inhabitants, mostly Sarts, Tatars, Dungans, Russians and Ukranians - there were only 6 Kyrgyz.

The Dungans were probably refugees from the Uprising in Xinjiang - given subsidies by the authorities and assigned a plot of land to the West of the town rubbish dump. By the end of the century there were over 752 houses, mostly simple thatched roofed brick shacks, two schools (for Europeans), one three-bed clinic, and a small industrial sector with flourmills and leather works. The city elected its first mayor in 1895 - Ilya Terentev. By 1914 the city was home to some 20,000 inhabitants. There was a cinema, a newspaper, two orthodox churches, several mosques, a Russian high school for boys, a horticultural school as well as several other schools for the local population, a brewery, a distillery, flour mills and other small plants, and at least one automobile. (The brewery made 10 times more money than the other 18 enterprises combined). There were over 500 shops, a weekly market and an annual fair. A new hospital with 14 beds had replaced the old clinic, and the ambulance was a sledge pulled by a camel. In the Kyrgyz uprising of 1916 - Pishpek was left untouched although neighboring villages were raided.

After a New Year's party on 1st January 1918, a group of Bolsheviks armed themselves and "arrested" the garrison command, releasing the prisoners held in the local jail. Over the next few months, they established control over the region, but in December they faced a counter-revolution. In the village of Belovodsk, about 30km west of Bishkek, the post office was seized by a curious group of anti-Bolsheviks who managed to take control of large parts of both Pishkek and Djambul regions. Within a week they were marching on Pishkek itself.

The battle for the city lasted 8 days, but the defenders (commanded by Logvinenko - who hurried here with reinforcements from Almaty) - managed to overcome the attackers and the counter-revolution was defeated. The soldiers who died in the fight defending the revolution were buried and a memorial erected in Oak Park, near where the Russian Theatre now stands. Logvinenko became a hero and had a street named after him. (When he died in 1930 he joined the "Martyrs" in their communal grave). This ended the counter revolution in the North of the country, but during the civil war the Bolsheviks were threatened by the Basmachi movement, which even "liberated", for a time, the Parmir district in the South. In 1924 Pishpek became the political and administrative center of the Kyrgyz Autonomous Region.

Frunze - The city was re-named in honour of M.V. Frunze, a famous Communist leader and Soviet hero who was born in the city then called Pishpek in 1885, the son of a Moldovian doctor's assistant. His statue stands opposite the railway station at the top of Prospect Erkindik - and there is a museum dedicated to him on Frunze Street. In the museum a small house is preserved that, so it is claimed, is where he was born (although it is now thought that they picked the wrong one!).

After a tempestuous youth in Moscow, (and numerous arrests for revolutionary activity), he ended up commanding the Red Guards who occupied the Kremlin in October 1917. He was a major character in the Civil War, directing the defeat of the White Army in Siberia and the campaign in the Caucasus. Frunze led the Bolshevik forces that seized Khiva and Bukhara after the uprising of 1920, and pushed the Basmachi rebels out of the Ferghana valley. He replaced Trotsky as Commissar for War, introduced compulsory universal conscription and helped shape the Red Army into a formidable force. After Lenin's death he survived several mysterious car accidents, but in 1925 he was told he was ill and that he had to undergo a stomach operation - not by a doctor but by the Central Presidium! He died as a result.

Faced with the disastrous winter of 1921, Lenin issued an appeal to the workers of the world to come and help build Socialism. A group of Czech socialists answered the call and arrived by train 1925. They built themselves workshops and a small village (Rabochy Gorodok = The workers' village), which still exists. They then set about constructing schools, hospitals, the town's first bank, government housing and other major public works.

The population did not escape the repression of the Stalinist regime. A short distance outside the city is Chon Tash - the scene of mass executions, now a popular tourist resort for people from the city. 1991 saw the televised excavation of a mass grave of some of the victims of Stalinist repression. Chinghiz Aitmatov paid for the transfer. The discovery was made because, although the KGB swore the caretaker to secrecy, he told his daughter on his deathbed in the 1980s. After independence she came forward to tell the story.

During WWII, Frunze developed as a major city. Several key factories, (including the "Lenin" works on Prospect Mira) were evacuated to the city away from the approaching German armies. Whole populations of Russians, Germans, Koreans, Caucasian peoples and others were forcibly repatriated here. Kyrgyz soldiers fought in the Red Army and number some 7 "Heroes of the Soviet Union" among their ranks. Busts of these heroes can be found on Molodiya Gvardia (Avenue of the Young Guards).

Following the war there was a planned expansion of the city with the development of micro regions (suburbs) with numerous apartment blocks being built, and many public buildings. During the 1970's and 1980's there was again a massive building progam and many of the impressive, white marble faced government and public buildings were erected. In 1967, Bishkek saw one of the rare popular "uprisings" of the Soviet period. The central market at that time was on the site now occupied by Victory Park. A group of policemen on patrol stopped and beat unconscious a drunken soldier. Shoppers, believing the man to be dead, turned upon the police, encircling them - and a riot ensued. The city's main police headquarters were actually stormed and ransacked, and others were attacked. Patrolmen were dragged from their cars. A mass demonstration led to a march on the KGB headquarters, which was broken up by troops.

The city again saw troops moved onto the streets between the city and the airport, hours before the August 1991 coup in Moscow. No one seems certain who ordered them to marshall there. On that day, regular television and radio programs were replaced by broadcasts of Swan Lake, and eventually President Askar Akaev announced to the nation what had happened.

Frunze was renamed Bishkek in April, 1991. There are several versions of what the name means - but the most common version is that is from the name of an implement used by Kyrgyz women to beat milk in a churn to make kumiz (a fermented drink made from mares' milk). There is a legend that the Khan's wife forgot her bishkek and as it was very precious, being studded with jewels, the khan was very angry and sent 40 men to search for it. Unable to find it, and afraid to return - they settled down to a life in exile and called their encampment Bishkek.

Another legend refers to five knights who found the land so beautiful the fought over it. In the Kyrgyz language "Besh" means five and "kek" means "chief". A third links the name to the grave of a busy craftsman whose nickname was "Bishbek" - because he was always busy, like a Bishkek making Kumiz. Yet another links it to the Kazakh words "Bes biik" which means "five peaks". The "official" version recorded in the "Atlas of the Kirghiz SSR" - suggests that it is a corruption of the ancient Sogdian term pishagakh - which means "place below the mountains".

The city continues to grow and develop. The skyline sees new building designs (in an "individualistic" style), which are a deliberate break with the Soviet "Slab" architectural style. New, western style, cafes and shop fronts have appeared, in summer a large number of open-air cafes appear in the parks and on streets, advertising billboards have sprung up and the volume of traffic has grown tremendously. Internet cafes now exist on nearly every street corner, as well as inexpensive "ip" long distance telephone services.